Artists at Work at the Courtauld Gallery

The exhibition ‘Artists at Work’ will open in the Drawings Gallery at The Courtauld on Thursday 3 May. The exhibition is the result of a collaboration between the museum, the Katrin Bellinger collection and guest curator Deanna Petherbridge. Drawings by Hubert Robert, Jean-Honoré Fragonard, Adolph Von Menzel and Giovanni Domenico Tiepolo, all united by the common theme of depicting artists, will be shown side by side with less well-known but equally intriguing sheets, dating from the sixteenth to the twentieth centuries.

Deanna Petherbridge, the artist, writer and curator, is returning to the theme, which she treated in her seminal book The Primacy of Drawing: Histories and Theories of a Practice, where she devoted two chapters to artists’ representations of themselves and others in the act of drawing.  [1]

The 22 selected works are organised around four main themes corresponding to the display – although, not surprisingly, multiple overlaps emerge throughout the show. It opens with a group of representations of artists working outdoors, depicting the grandeur of nature or of antiquity. Roman artist’s Carlo Labruzzi’s large luminous watercolour, encompasses both landscape and architecture, with its long-distant view of the Imperial Forum seen from the gardens of the English College on the Palatine Hill (fig. 1).

On the second wall we move indoors, with a sequence of images of ateliers, which illustrate different aspects of the working environment of painters, sculptors, draughtsmen. Here, Egon Schiele’s black crayon drawing of his office at the Mühling prisoner-of-war camp offers us a glimpse into the life of the artist during World War I (fig. 2). Deemed unfit to serve at the front, Schiele was assigned an office job as a clerk to the camp’s supply office, because of his elegant handwriting. The small office space doubled as a studio for the artist when off-duty. The sparse interior conveys a sense of his crammed quarters, and the box with art materials in the very foreground is a rare occurrence of a still life in Schiele’s oeuvre.

A selection of self-portraits and images of artists working in solitude includes, amongst others, Jean-Auguste-Dominique Ingres’s masterful portrait of his fellow artist Boucher-Desnoyers (fig. 3). A prominent French engraver, Desnoyers became well known for his prints after Raphael’s most admired paintings. Here, he is shown at work on his engraving after the Saint Catherine of Alexandria, now in the National Gallery, London. This engraving must have been a great source of pride for Desnoyers, and Ingres’s portrait celebrates his appointment as Engraver to the King in 1825. That same year, Ingres himself was elected a member of the Académie Royale.

The forth section is concerned with the studio as the place of myth, allegory and magic, the realm of the artist and his creative power. Fragonard’s The Inspiration of the artist, for example,is most likely an allegorical self-portrait (fig. 4). Surrounded by the creatures of his imagination, the artist sits at his desk covering his eyes either in inspiration or creative crisis. Emerging from the clouds we see a winged personification of Painting, holding a palette and brushes, accompanying by putti. Another winged figure, a female harpy with a dragon tail, hovers behind the artist’s desk.

A valuable addition to the closing section is Cornelis Dusart’s The old painter, lent by The British Museum (fig. 5). Dusart’s drawing seems reminiscent of the adage Ars longa, vita brevis (Art is long, life is short). According to this Latin saying, an individual’s lifelong commitment to the practice of his art will not guarantee him the achievement of perfection. The mastery of any art is, in fact, a most elusive goal, to be pursued generation after generation.

The assiduous practice and perfecting of the art of drawing is amply celebrated in this focused exhibition, with plenty of space for amusement and reflection.

[1] Deanna Petherbridge, The Primacy of Drawing: Histories and Theories of a Practice(Yale University Press, 2010).

The show is accompanied by a fully illustrated catalogue with an essay by Deanna Petherbridge and catalogue entries by Anita Viola Sganzerla (Paul Holberton Publishing, May 2018).

‘Artists at Work’ will be on view in the Gilbert and Idliko Butler Drawings Gallery, The Courtauld Gallery, London from 3 May to 15 July 2018. 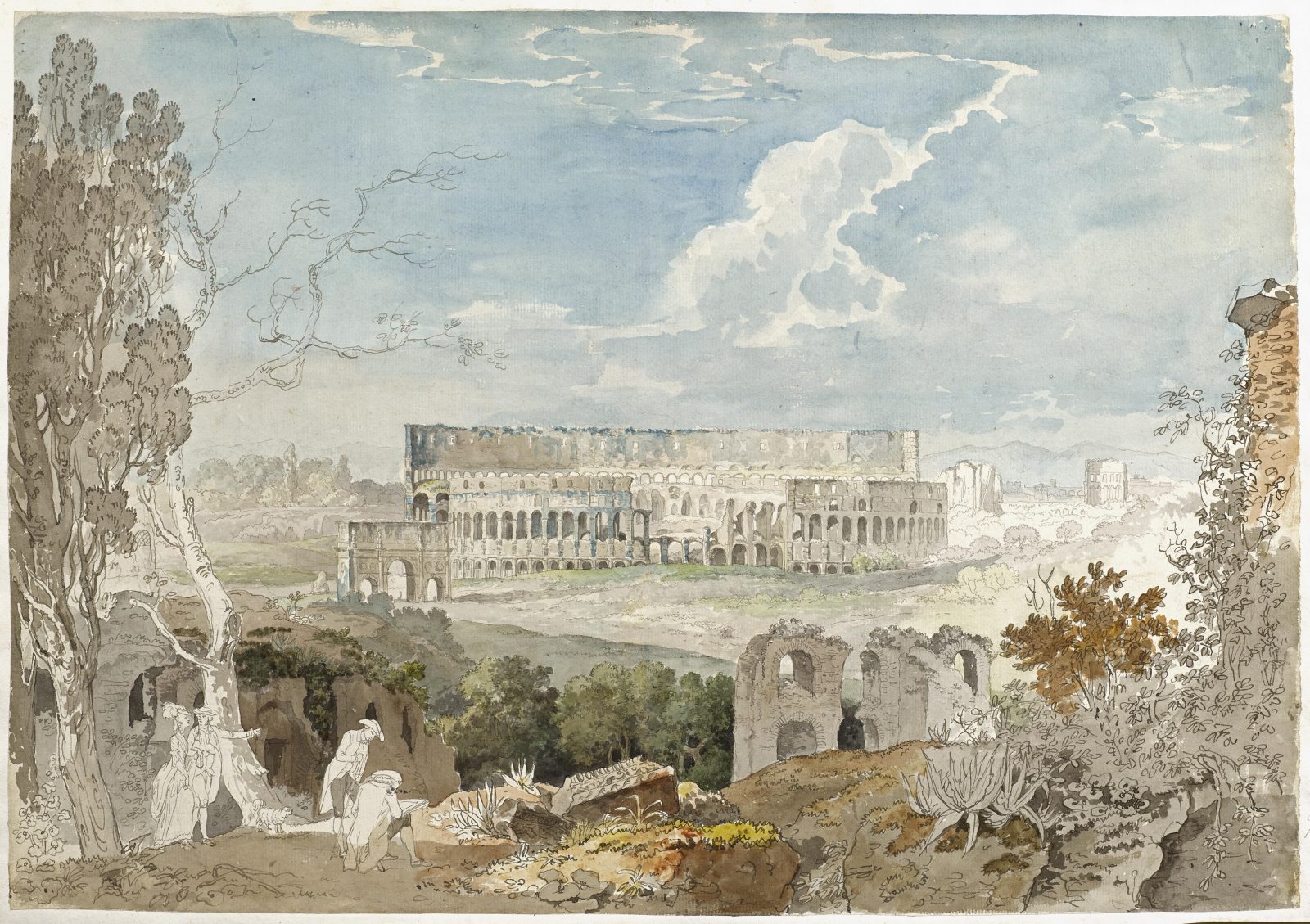 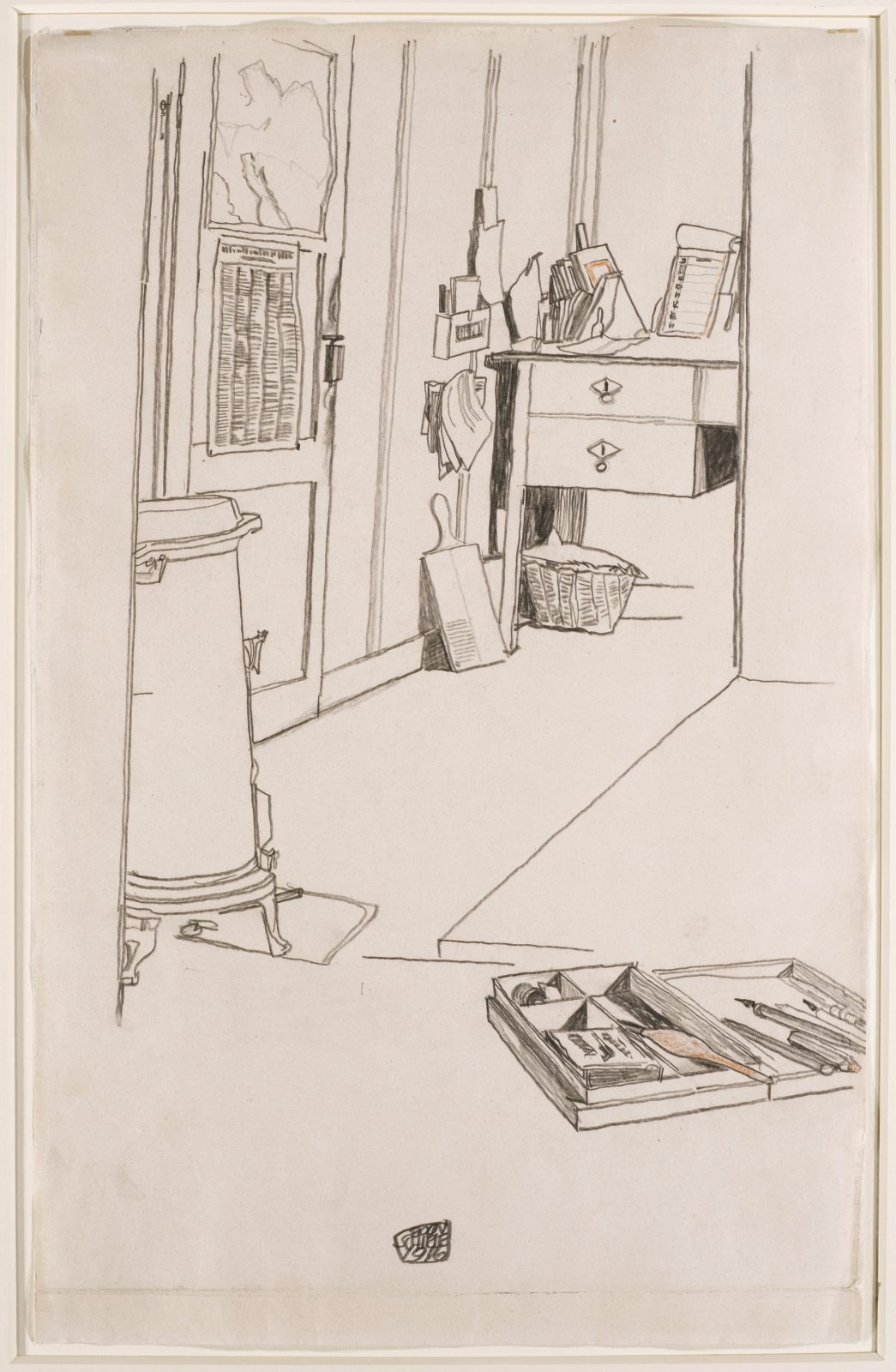 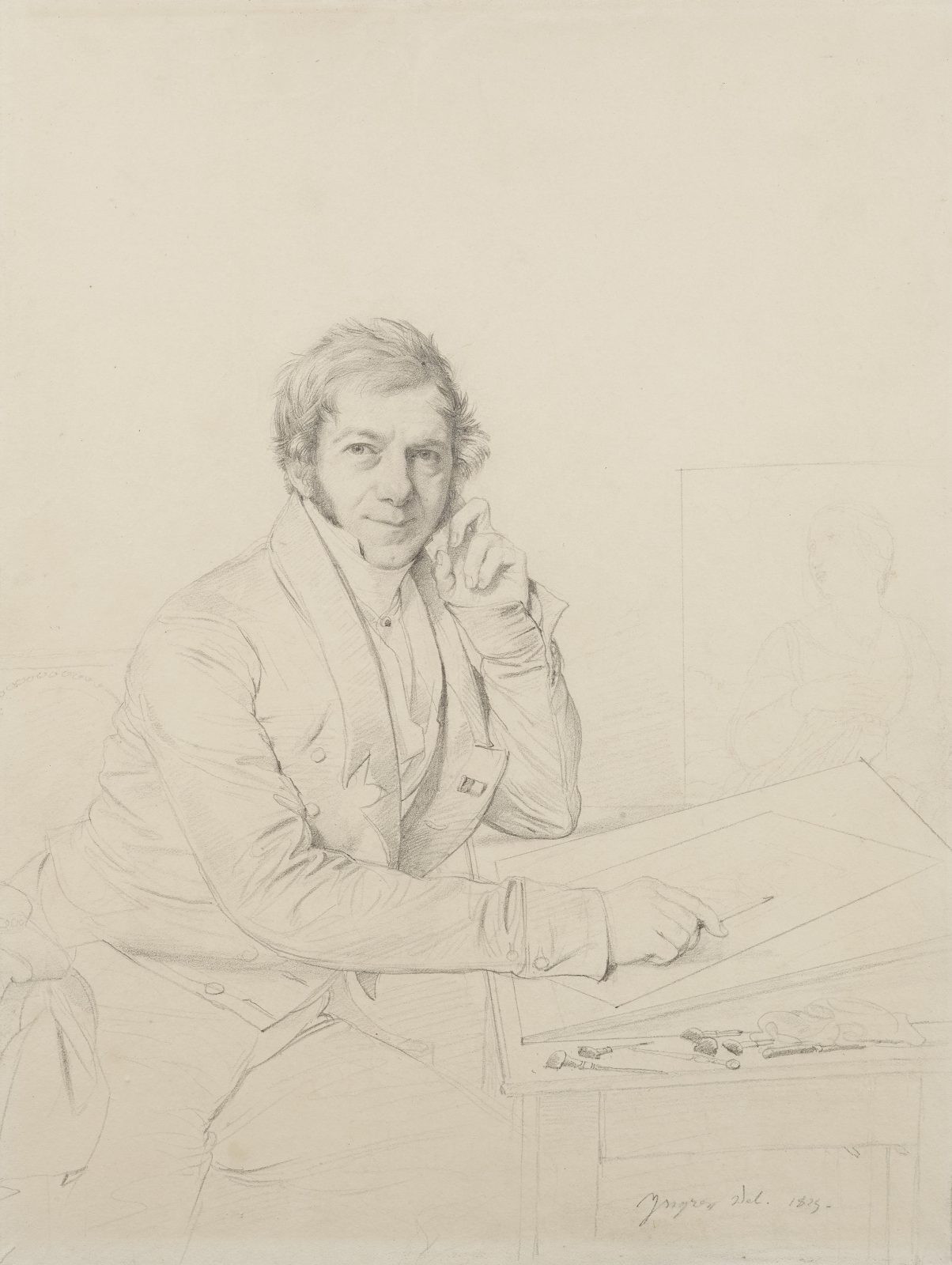 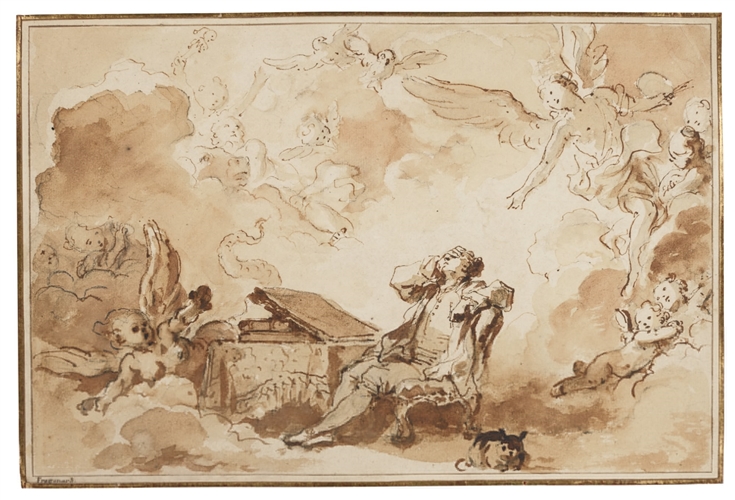 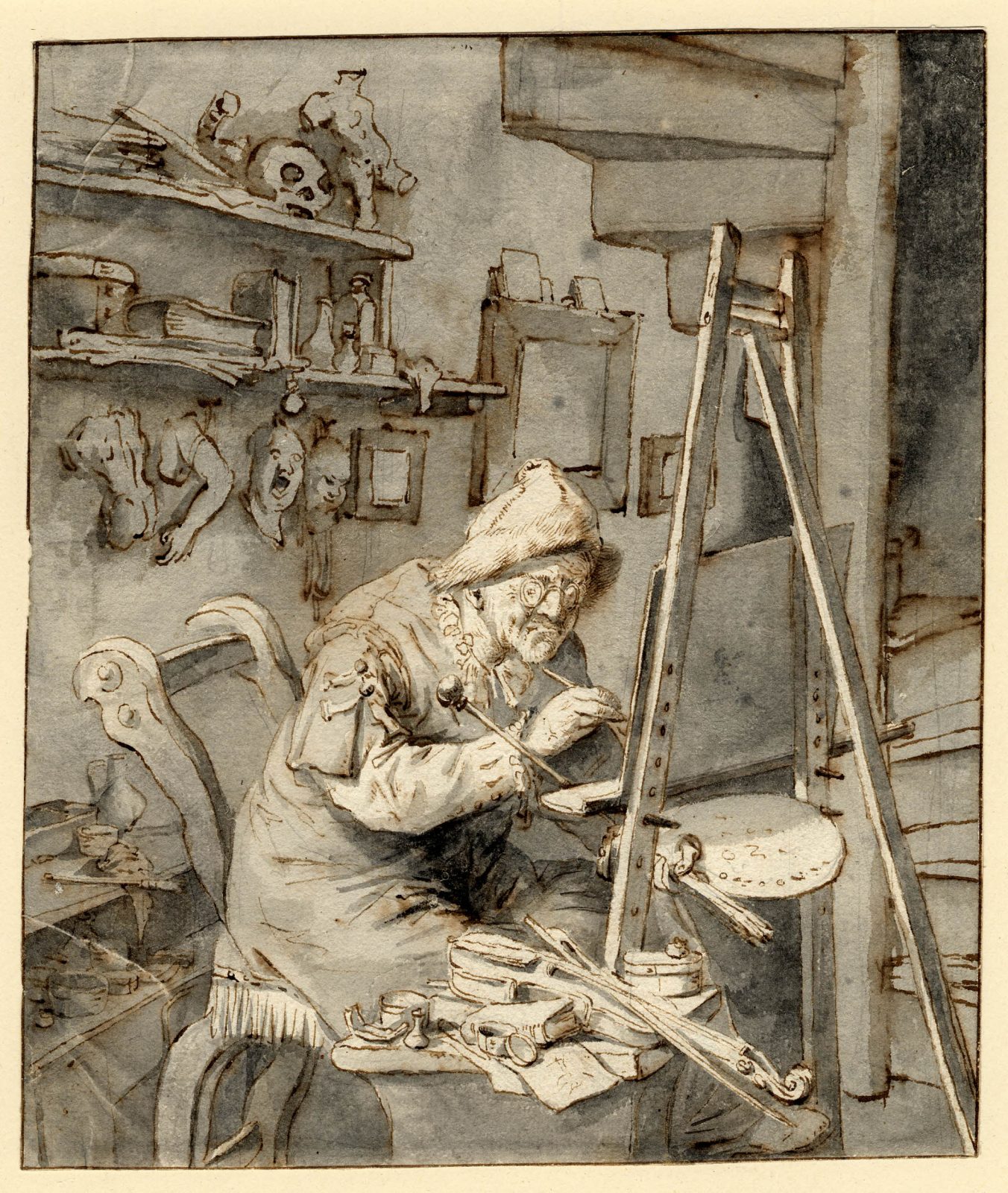