Between Dimensions. “The Sculptural Line at the J. Paul Getty Museum”

The exhibition The Sculptural Line opened on 17 January at the J. Paul Getty Museum, Los Angeles. Curated by Ketty Gottardo the show presents a thought-provoking juxtaposition of drawings and sculptural objects, ranging in date from the Renaissance to the 20th century.

Alongside the preparatory studies and exploratory sheets, some of the drawings are concerned with presenting classical and Renaissance sculpture as a source of learning and inspiration. In this group we find Federico Zuccaro’s portrayal of his brother Taddeo working from the antique – part of the Getty’s unique series devoted to Taddeo’s early life. In Hubert Robert’s Draughtsman in the Capitoline Gallery (Fig. 1), the diminutive figure surrounded by colossal statues, probably the artist himself, is at once inspired and humbled by the grandeur of the classical past.

In a drawing by Robert in the Katrin Bellinger Collection (Fig. 2), the practices of learning from antiquity and the fascination with the theme of the artist at work come together as two interconnected aspects of the sculptural line. Robert’s masterful black chalk drawing of The Roman Studio of Bartolomeo Cavaceppi (1716–99) pays tribute to the successful restorer of ancient sculpture by showing him at work on a monumental female statue, surrounded by antique fragments.

A few of the drawings on show offer an allegorical celebration of the figure of the sculptor. Felice Giani’s Allegory of the Life of Antonio Canova, a study for a never executed monument in honour of the artist, compares Canova to his illustrious predecessor of Greek antiquity, Phidias and Praxiteles. Antiquity is also the inspiration behind Francisco de Goya’s sepia wash drawing Pygmalion and Galatea (Fig. 3). With his distinctive irony, Goya appears to have portrayed himself as Pygmalion at work on the statue soon to come to life as his wife. The sheet offers a sardonic interpretation of the evocative myth, while attesting to Goya’s absolute mastery of his chosen medium.

Related to the themes explored in the Getty exhibition is the continuous fascination exercised by the sculptor’s creative energy associated with his power to turn inert materials into the resemblance of ‘living’ things; a theme alluded to in Goya’s Pygmalion and traceable in several sheets in the Katrin Bellinger Collection. Amongst the many vigorous portraits of fellow artists and intellectuals executed by the neo-impressionist Maximilien Luce, we find one of the sculptor Raoul Lamourdedieu in his studio, fervently at work on a statuette (Fig. 4).

The Sculptural Line is on view at the J. Paul Getty Museum, Los Angeles until 16 April 2017 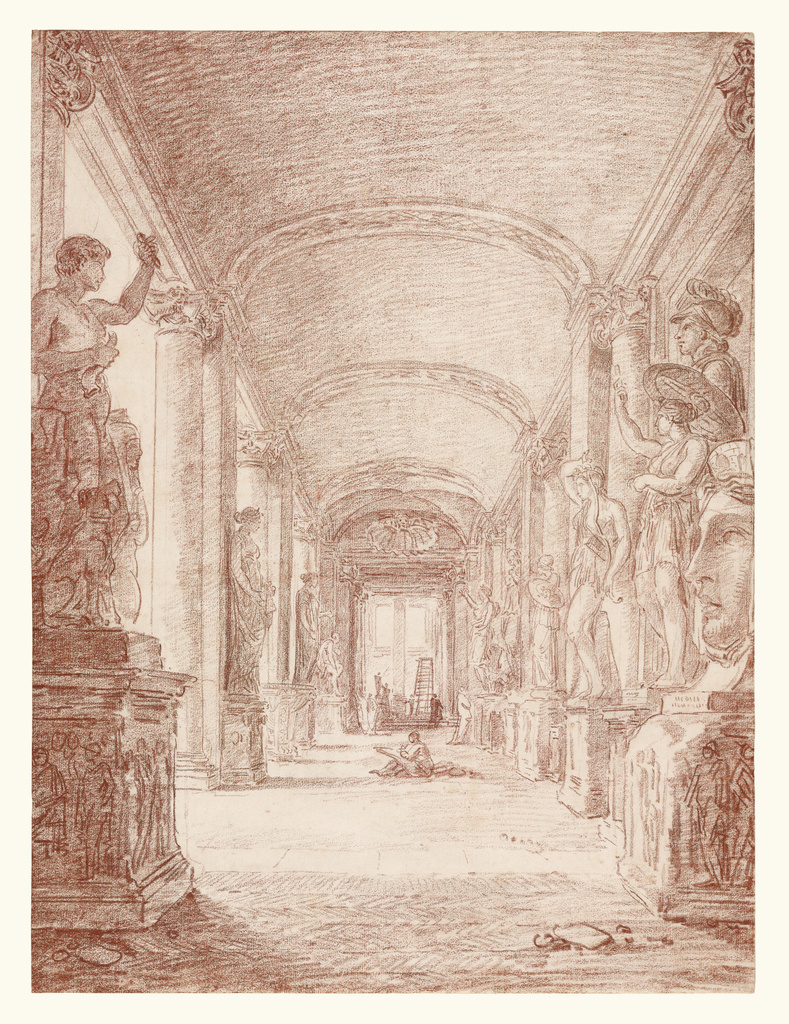 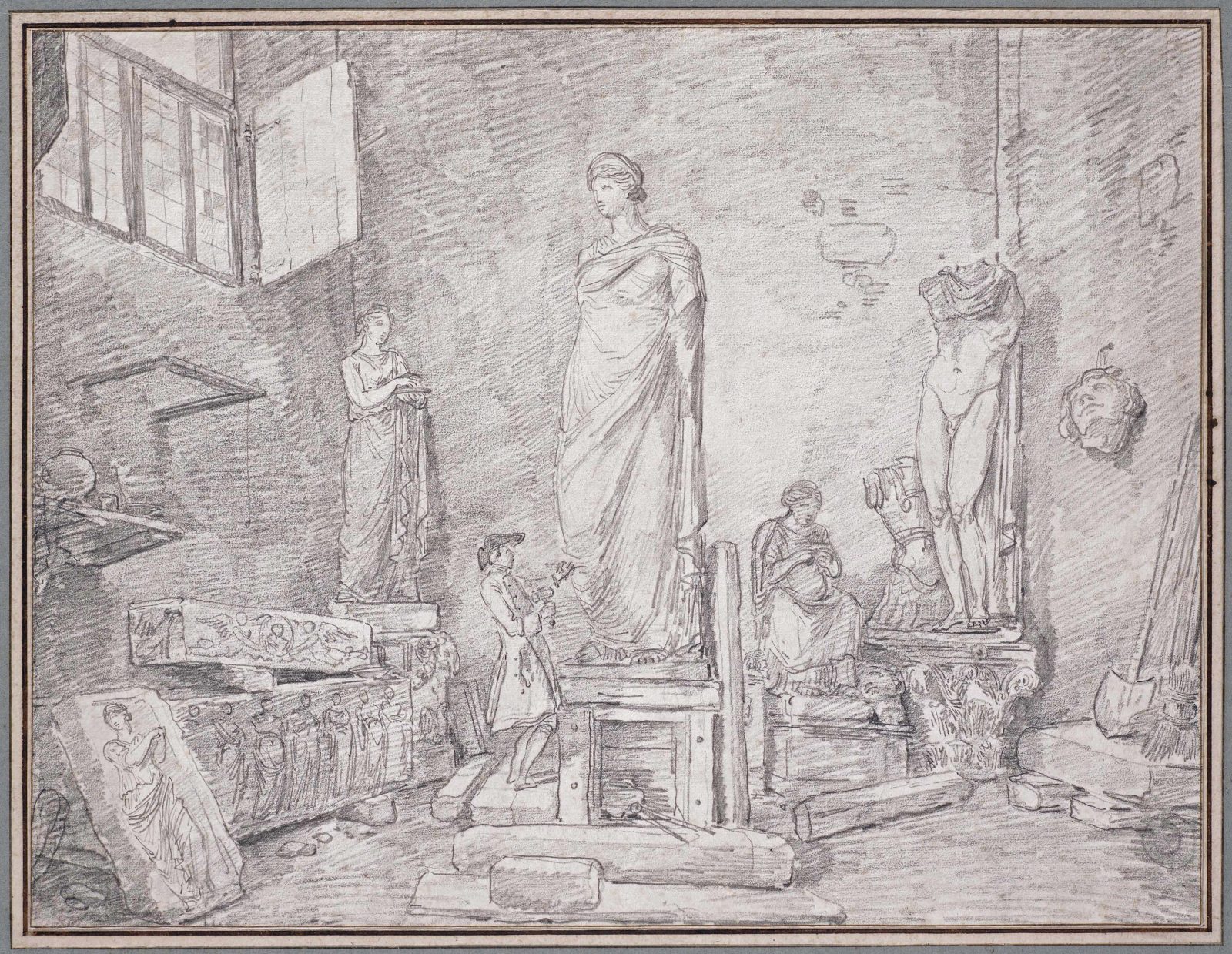 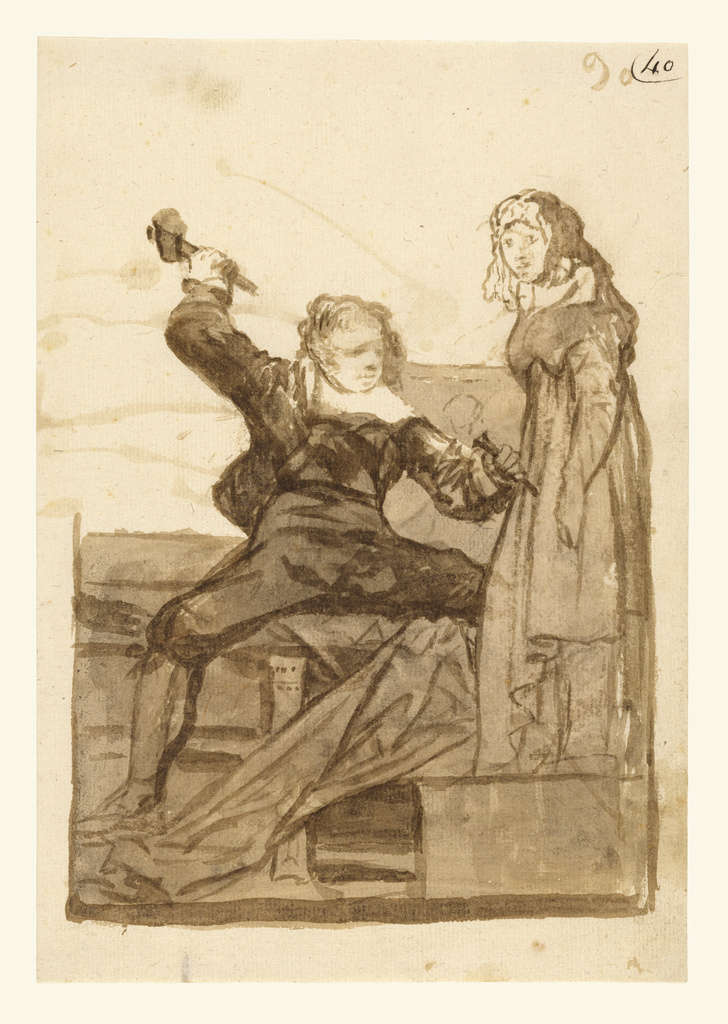 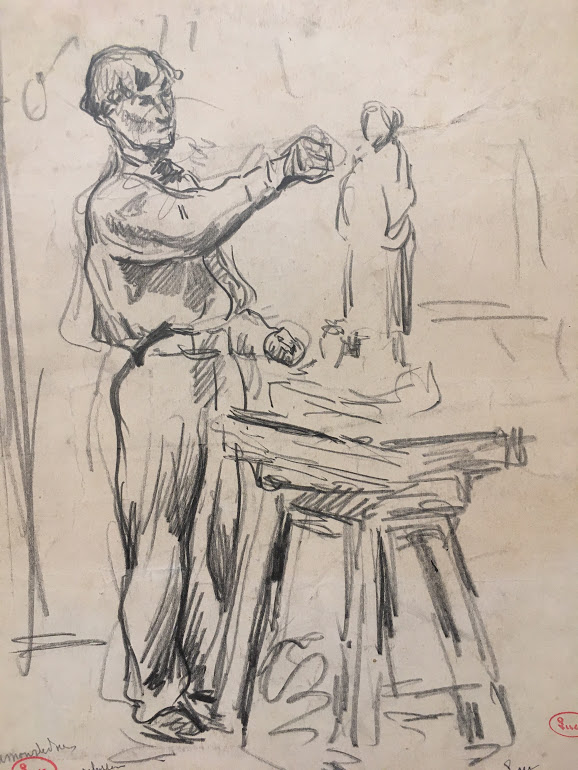