A recent addition to the collection’s 20th-century holdings offers an unexpected opportunity to reflect upon a theme that has long fascinated Katrin Bellinger, works revealing traces of artists’ friendships. In this first post on the topic, the focus is on a drawing by Jacques Villon (Danville 1875 – 1963 Puteaux), The Artist in his Studio (Fig. 1), and its dedicatee, Princess Fahrelnissa Zeid of Iraq (Büyükada, İstanbul 1901 – 1991 Amman) (Fig. 2). By a lucky coincidence, the acquisition of Villon’s drawing has coincided with the opening of the first retrospective on Zeid at Tate Modern, prompting a brief consideration of these two little known artists and the occasion for their friendship. Born into an elite Ottoman family in Istanbul Zeid was to become one of the first modern women painters in Turkey. Her unique work combines the influence of European abstract art with Byzantine, Islamic and Persian elements.

First, though, something about Villon’s drawing. Executed in pen and ink and watercolour, the sheet conveys a vivid view of the artist in a studio. Seen from behind, wearing a hat and resting his left hand on his hip, he seems to be assessing a painting positioned on an easel, possibly one of the abstract compositions with vivid colours his name is mostly associated with. Touches of grey and green washes interact with the swiftly scribbled pen lines almost turning the studio itself into an abstract space.

Today less of a familiar name than his younger brother Marcel Duchamp, Villon had a long and prolific career and is remembered in particular for his contribution to Cubism, Fauvism and abstract Impressionism. Born Gaston Duchamp, he adopted the pseudonym Jacques Villon (an homage to French medieval poet François Villon) early on in his career to distinguish himself from his three siblings. After decades spent working mostly in isolation in the outskirts of Paris, in 1944 an exhibition at the Galerie Louis Carré brought Villon’s works to the attention of the Parisian, and soon of the international, art community. Several accolades followed, including the prestigious First Prize at the Carnegie International, in 1950, the same date as our drawing.

As a printmaker, Villon experimented with etching, aquatint and lithography. It was in the workshop founded in the early 1920s by master lithographer Edmond Desjobert [1] – who ran it until 1953 when he was succeeded by his son Jacques – that Villon would have met Zeid. A testimony of the friendship between Villon and Zeid is provided by our drawing’s dedication, which translates as: ‘In memory of the Desjobert workshop and a great surprise to my friend Fahr-el-nissa on 5 December 1950. Jacques Villon’ [2].

Zeid’s presence at the atelier Desjobert is documented and so are her strong ties to the international Parisian art scene. A Francophile throughout her life, Zeid first resided in Paris in 1928 when she enrolled at the Académie Ranson. From the 1930s she lived in Europe with her second husband, Prince Zeid Al-Hussein, who acted as Ambassador of the Kingdom of Iraq first in Berlin, and later in London. Dividing her time between London and Paris, she carried out her most spectacular works – large scale abstract paintings marked by vibrant colours and black outlines (Fig. 3). Described in the exhibition catalogue as ‘feisty, charismatic and prolific,’ Zeid had a long and far-reaching career, exhibiting in Europe, the Middle East and the United State. The last years of her life were spent in Amman, Jordan, where her house became a gathering place for a cosmopolitan group of female students, fostering artistic and social exchange.

“Fahrelnissa Zeid” is open at Tate Modern until 8 October 2017.

The exhibition will travel to Deutsche Bank KunstHalle in Berlin in October 2017 and then to the Sursock Museum in Beirut in April 2018. 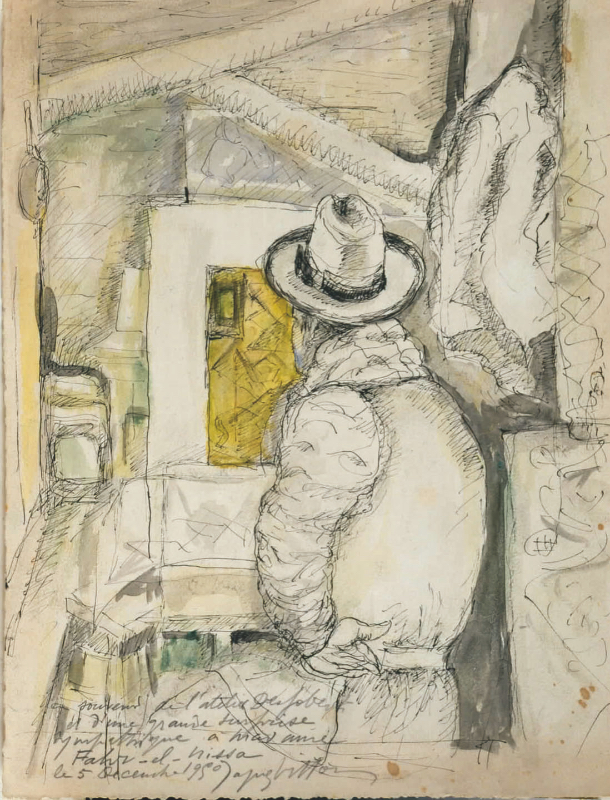 Fig.1 Jacques Villon, The Artist in his Studio, pen and ink and watercolour on paper, 316 x 246 mm 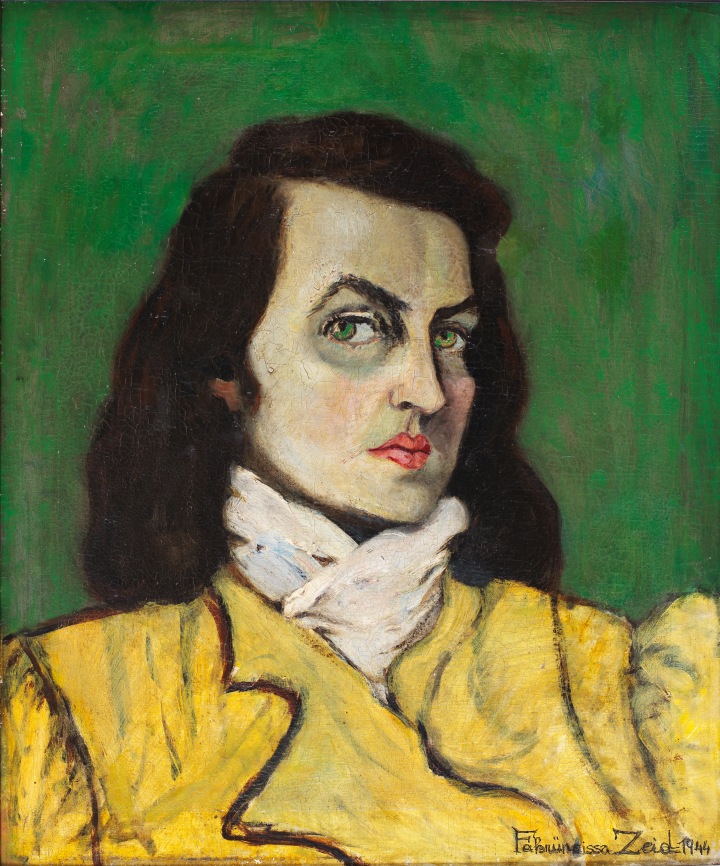 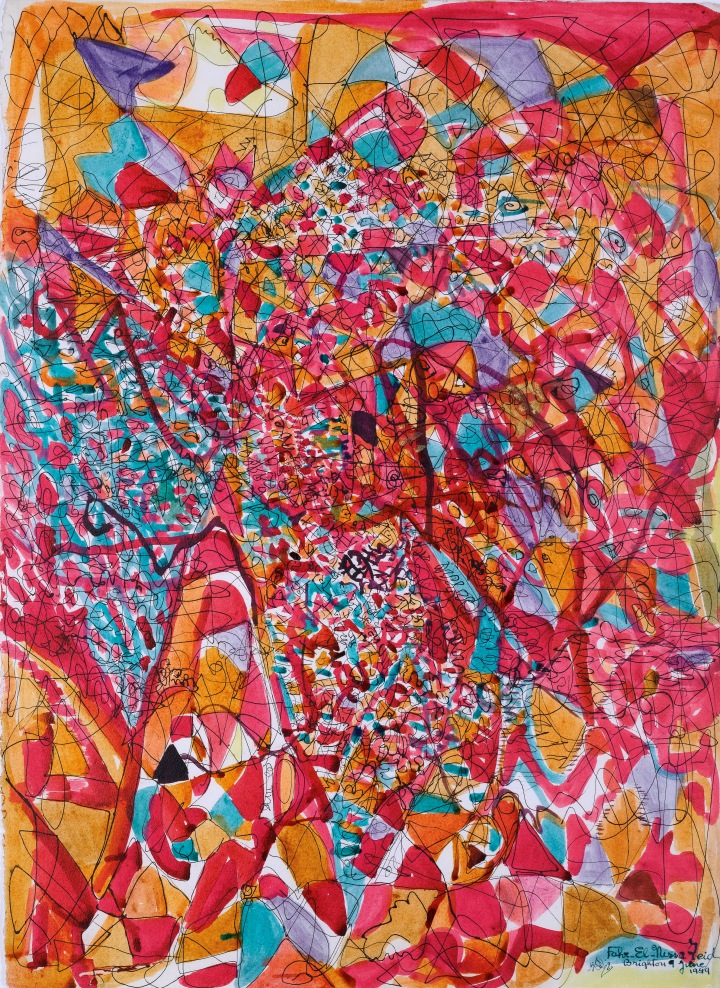