The exhibition Edward Burne-Jones which closed at Tate Britain last month is the first solo show of his works at the Tate since 1933. Despite having no formal training, Burne-Jones achieved world-wide fame in his day and was seen as a visionary artist who took the Pre-Raphaelite movement into a new symbolist direction.

The exhibition explored Burne-Jones’ wide range of works, from tapestry and stained glass to painting and drawing. It is the drawings and caricatures which provided one of the most interesting aspects of the exhibition. In contrast to Burne-Jones’ highly polished and often melancholy paintings, these works on paper provide evidence of a more playful character who delighted in drawing to amuse and entertain. From an early age, Burne-Jones would illustrate his letters to family and friends, often making fun of himself and those closest to him such as his friend and collaborator William Morris.

In ‘William Morris reading poetry to Edward Burne-Jones’ (Fig. 1, Cat. 83) he pokes fun at his friend who was known for lengthy recitals of his poetry. Burne-Jones’ wife Georgiana would later recall how Morris’ sonorous voice would often almost lull them to sleep in these sessions, ‘I remember, with shame, often falling asleep to the steady rhythm of the reading voice, or biting my fingers and stabbing myself with pins in order to keep awake. But no-one ever reproached me.’ [1] Here Burne-Jones portrays a corpulent Morris energetically reading his epic verse to Burne-Jones, who in contrast slumps half asleep in the chair next to him.

Burne-Jones’ caricatures featured most often his own self-portrait, regularly acting as a form of signature in dashed off notes to friends.  He often portrayed himself as a shabby unkempt figure with disheveled hair and generally haggard appearance. In ‘Self-portrait caricature in a letter to Cosmo Monkhouse’ (Fig. 2, Cat 86) he apologises for his late reply illustrating himself at the breakfast table swamped by an avalanche of guilt-inducing letters, a hangdog expression on his face.

Another such example can be found in a note to Mrs Moscheles in the Katrin Bellinger Collection (Fig. 3). [2] On paper headed ‘The Grange, West Kensington, W.’ and inscribed ‘Come Dressed as you are’ Burne-Jones has drawn a tatty shirt and trousers, covered in patches. On it he has written ‘Dear Mrs Moscheles/ Gladly, on Saturday/but really in These clothes?/yours very/truly/EBJ’. It is these flashes of humour which allow us a rare chance to see the personality of the artist, one that is far removed from the solemn classical figures that populate his paintings.

[2] Felix and Margaret Moscheles were both artists who often held soirees at their home in Cadogan Gardens and mixed with the artistic circles of the day. 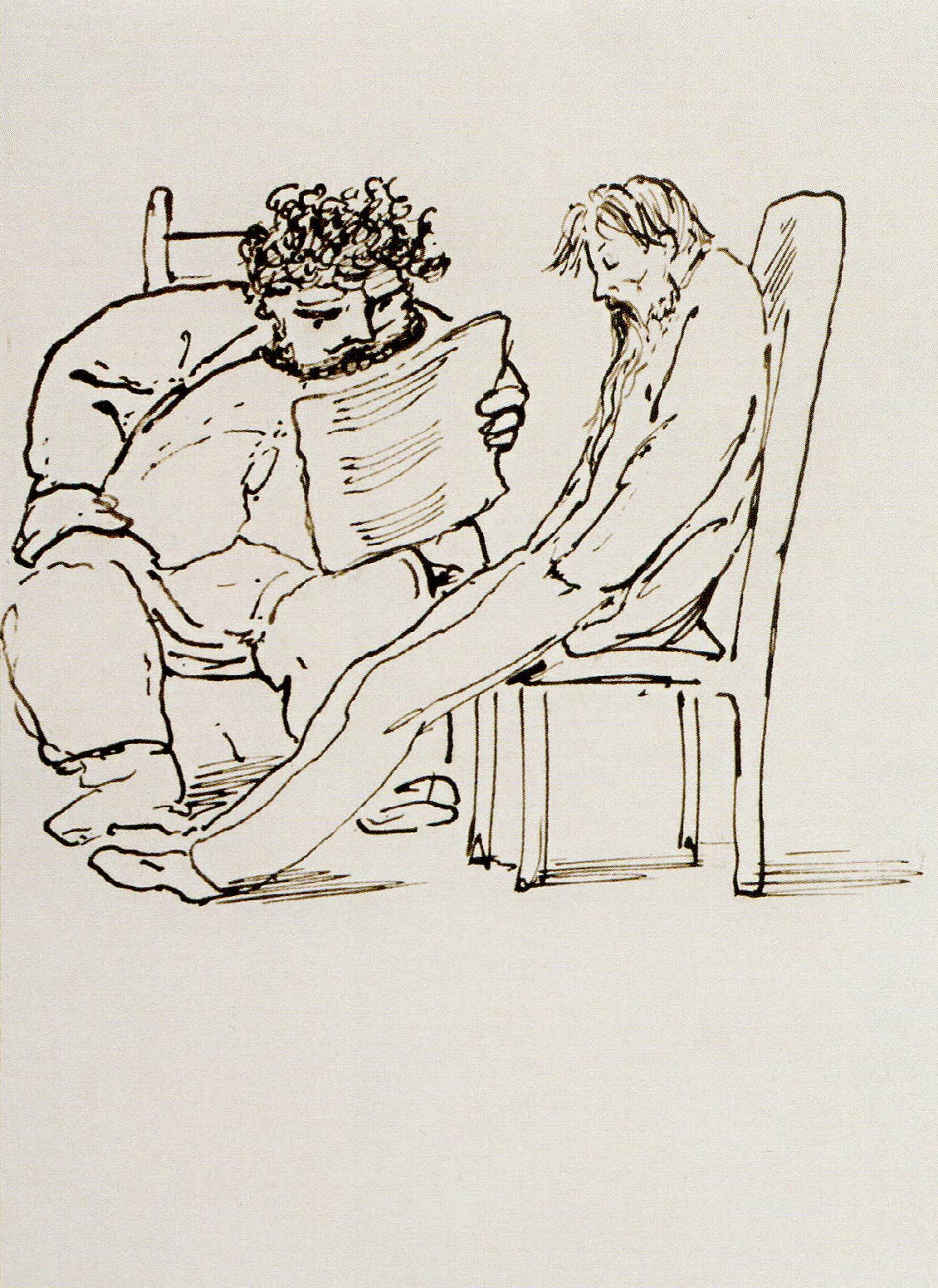 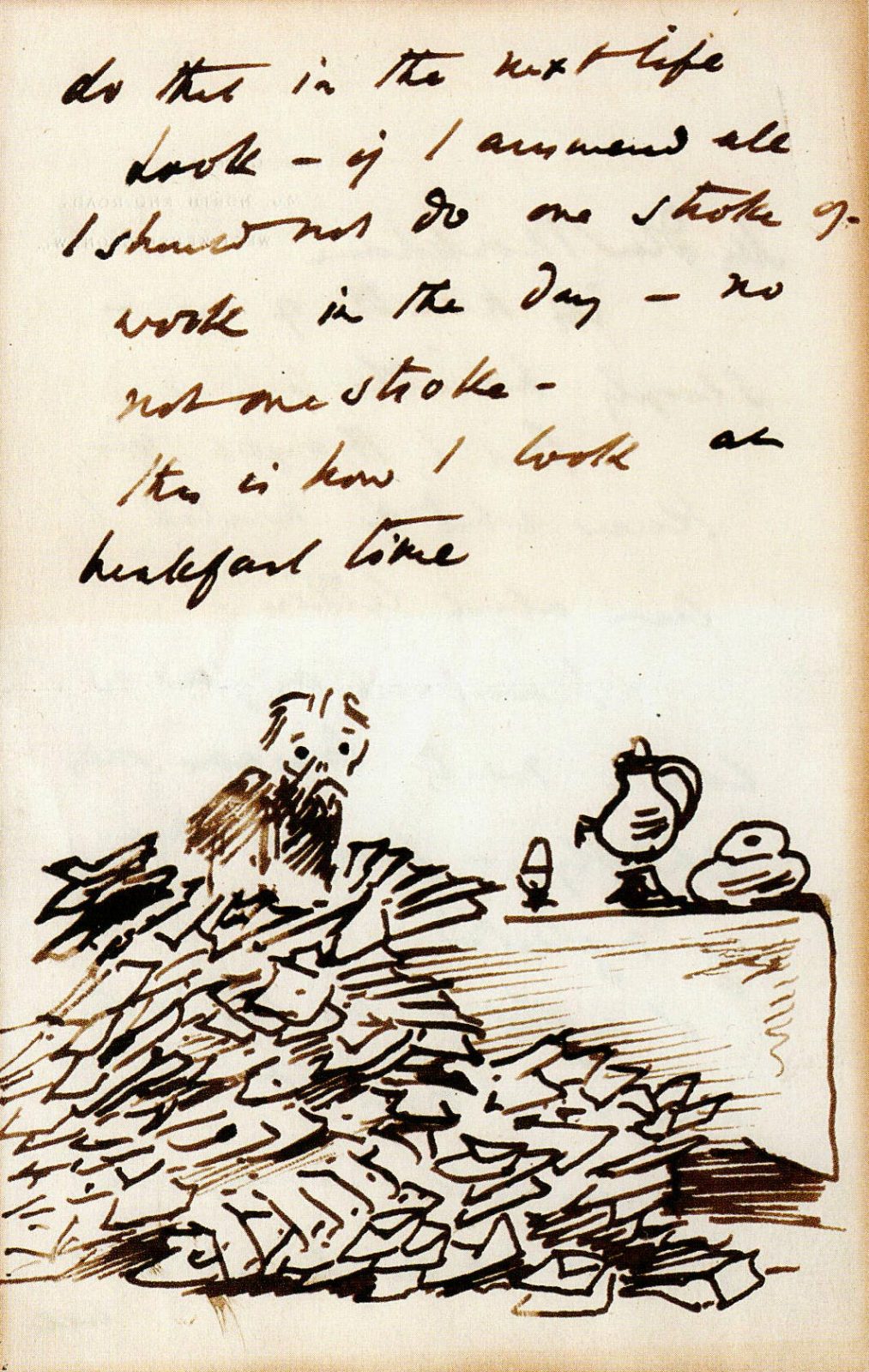 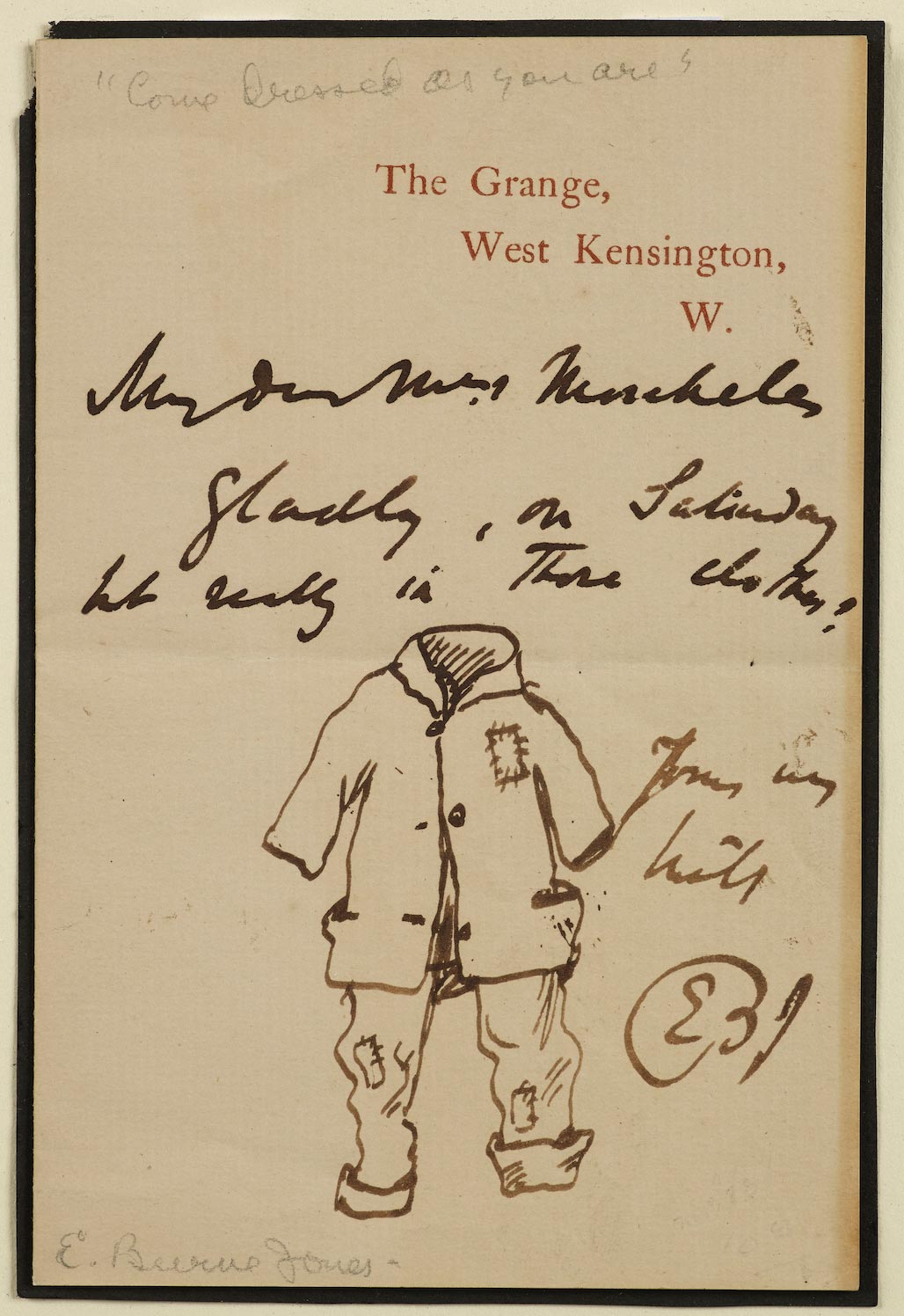