The British Museum exhibition ‘French Portrait Drawings from Clouet to Colbert’ contains more than 65 portraits by French artists, many of them not previously exhibited. The selection of drawings yet again demonstrates the incredible quality of the Print Room’s holdings.  Curated by Sarah Vowles, it illustrates the development of French portrait drawing from the Renaissance until the 19th century and runs until 29 January 2017.

I was so pleased to see a drawing by Émile Friant after having familiarised myself with his work at the exhibition on the artist in Nancy discussed in the previous post. The drawing in the British Museum was believed to be a self-portrait but the subject is clearly not the man in Friant’s self-portraits, including the example from the Katrin Bellinger Collection currently on view in Nancy.  It is perhaps of a friend or patron, who is shown leaning sideways looking at a painting. While the head is beautifully drawn and finished, typical of the artist’s style, the remainder of the drawing is only lightly sketched in.

Another work from the Collection now on view in Nancy, ‘Coin d’atelier,’ shows a woman posing for Friant in the studio. The painter is not represented but his presence is suggested by his tools on the table’.[1]  During the preparation for the exhibition Michèle Leinen, a researcher at the Musée des Beaux-Arts de Nancy, identified the model as Gaby, who appears to have been one of Friant’s favourite models of that time, despite evidence from personal correspondence that she was not the most reliable. Friant wrote in 1920 that: ‘one has to be rather crazy in order to be willing to start any important project with her right now’.

Among the advantages of lending works to an exhibition are the insights that further research brings to light on works in the Collection. ‘Émile Friant, le dernier naturaliste?’  is on view at the Musée des Beaux-Arts de Nancy until February 2017. 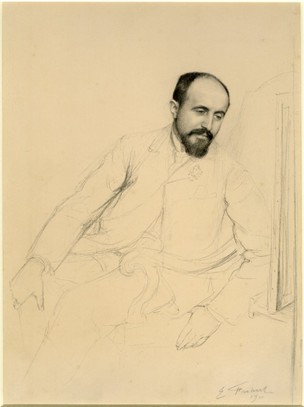 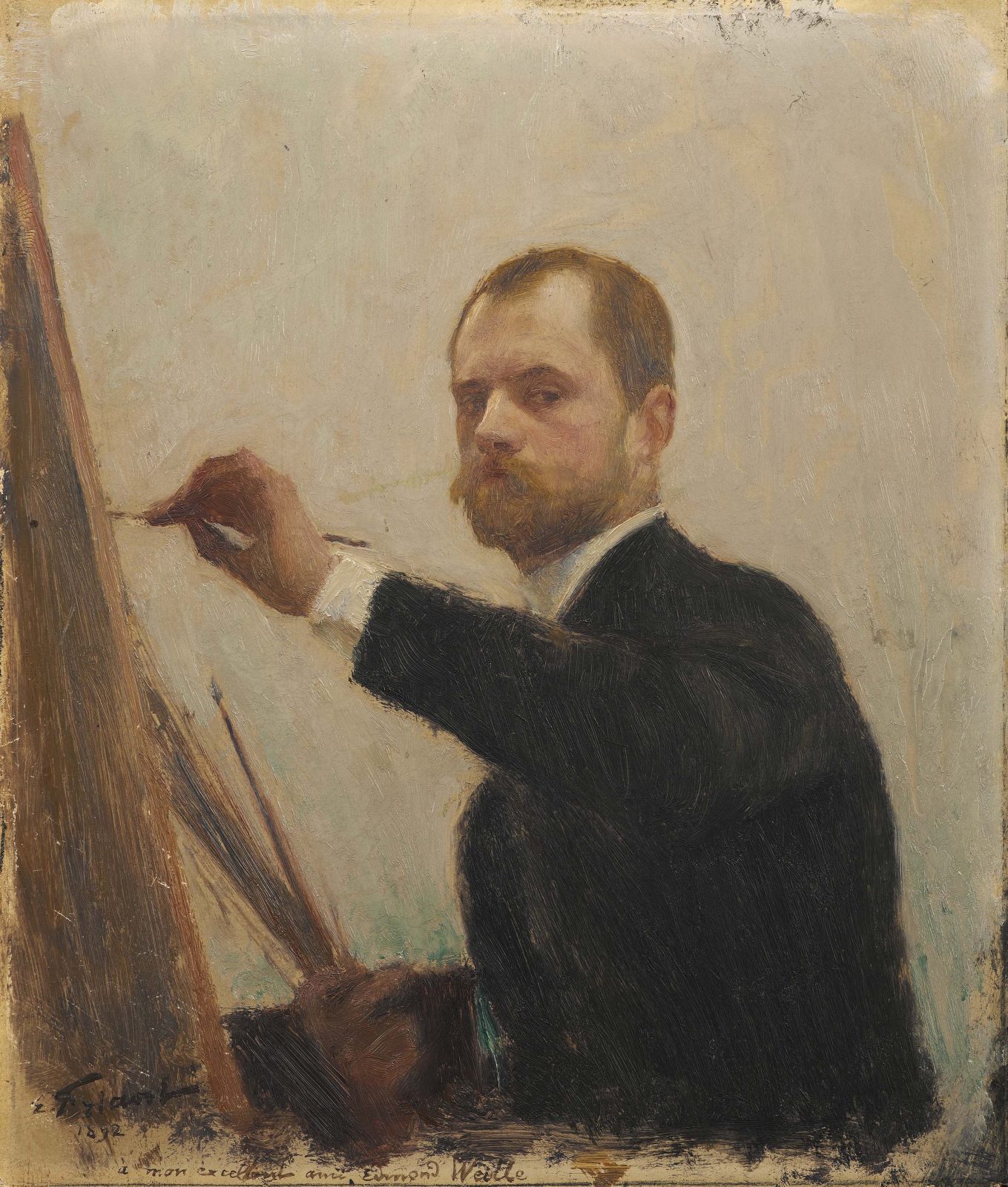 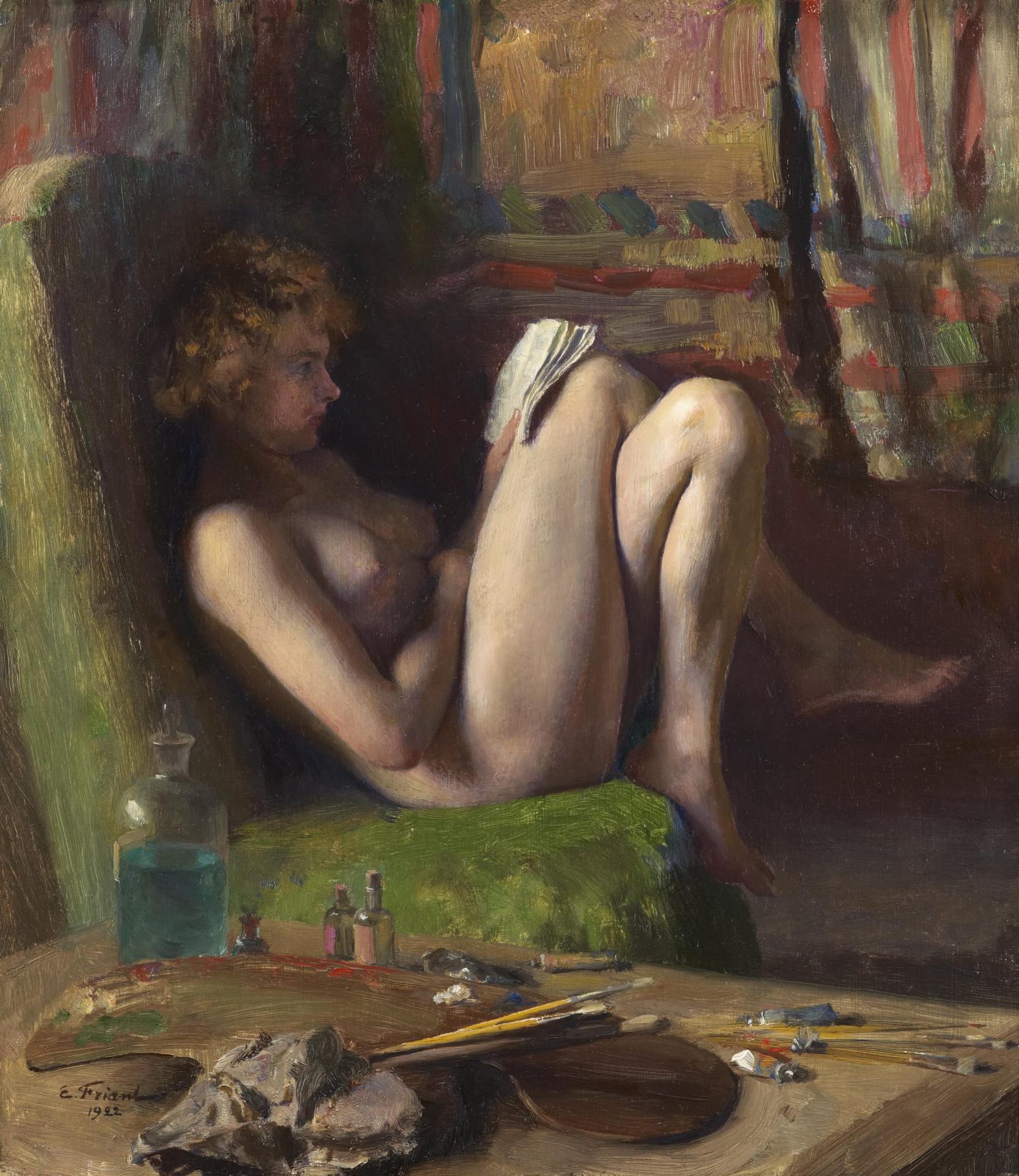