Following on from its successful run at the Royal Academy of Arts, Lucian Freud: The Self-Portraits has now opened at the Museum of Fine Arts, Boston. The exhibition is the first to be dedicated solely to Freud’s self-portraits with over forty works in a variety of media spanning from his earliest portrait when he was just 17 to works executed in his final years.

Lucian Freud was one of the few artists in the twentieth century who regularly painted his own portrait. He consistently returned to his own image throughout his life and these works provide a record of his stylistic evolution from his earlier more linear works to his later painterly style.

In some of his self-portraits he makes himself the sole focus of the composition, the background stark. Here there is no escape from confrontation. In others, he peers around corners or appears in reflections, as though unwilling to engage with himself or the viewer.

In Small Interior of 1968-72 (cat. 41) he portrays himself reflected in the mirror of his studio, pointing to the half-finished picture on the easel next to him. The mirror reflects back into the studio, placing the viewer in the same position as the artist.

The composition of The Artist’s Studio, with a Study for ‘Large Interior after Watteau’ on an Easel (Fig. 1) held in the Katrin Bellinger Collection has the same effect. Here the viewer stands in front of the easel on which the half-finished canvas for Large Interior, W11 is placed. Freud has removed himself completely from the composition, focusing instead on painting the painting as if by doing so he is creating some distance to better see it. He began Large Interior W11 in 1981 and it preoccupied him until 1983. The arrangement of the figures was inspired by Watteau’s painting Pierrot Content which he had seen in Heini Thyssen’s Collection when painting the collector’s portrait. A large picture by his standards, it was to prove a physical challenge as well as a compositional one.

Despite regularly painting his own portrait Freud was a reluctant sitter, rarely allowing others to portray him. David Dawson, his long-time assistant and friend, and one of the curators of the exhibition, was allowed to photograph him almost exclusively since the mid-1990s and these photos provide a fascinating insight to his daily life.  The Katrin Bellinger Collection holds the third and final set of photographs released from the series, Lucian Freud: Studio Life (Figs. 2 & 3) which were published in 2012 to coincide with the exhibition Lucian Freud Portraits at the National Portrait Gallery, London (9 Feb-27 May 2012). Shot during his final years, the photos offer an intimate view of life in his Studio and, taken with the portraits, provide a meditation on the process of ageing and the journey from young boy to old man. 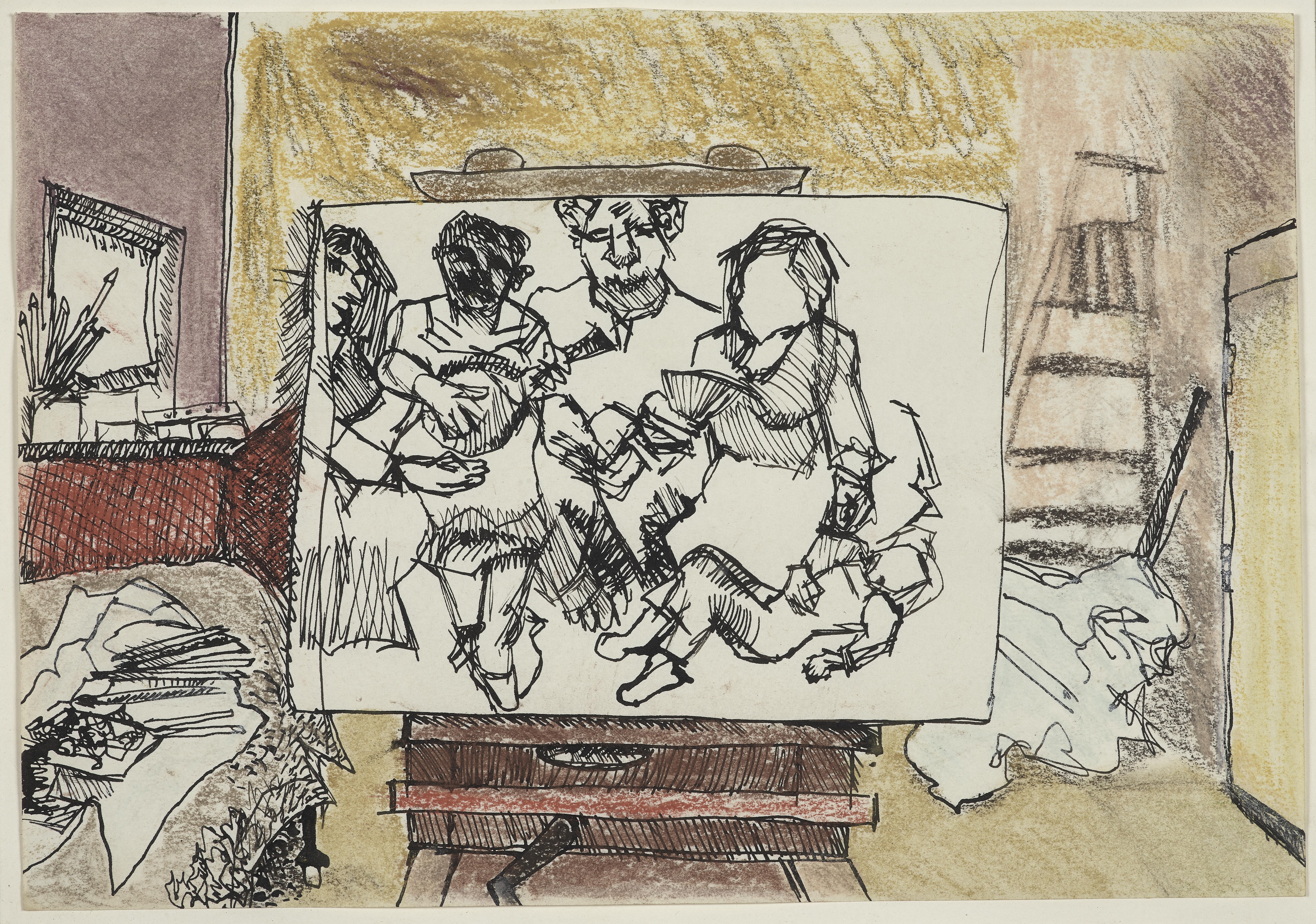 Fig. 1 Lucian Freud, The Artist’s Studio, with a Study for ‘Large Interior after Watteau’ on an Easel, 1983, pen and ink, coloured chalks and wash, 178 x 254 mm, Katrin Bellinger Collection 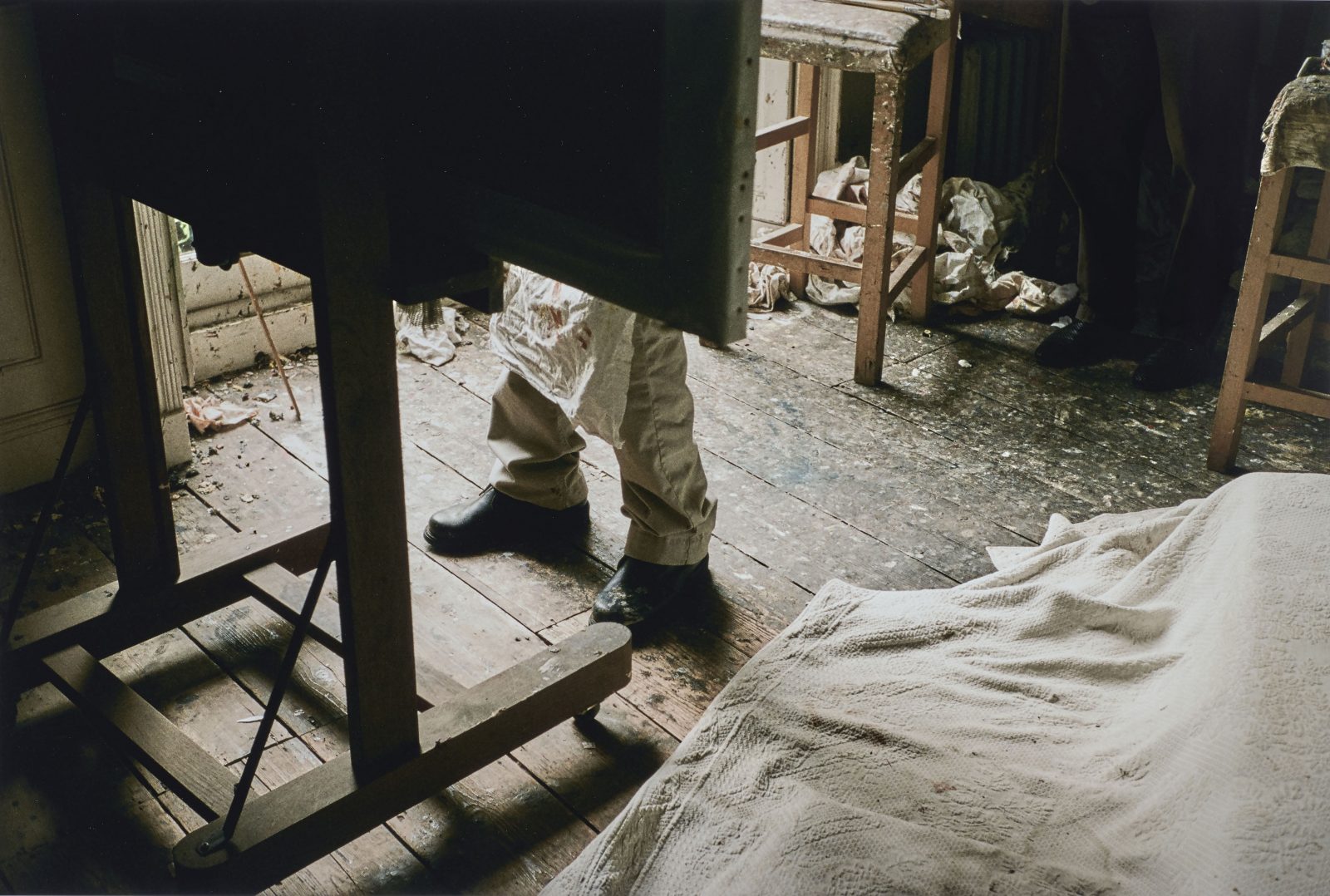 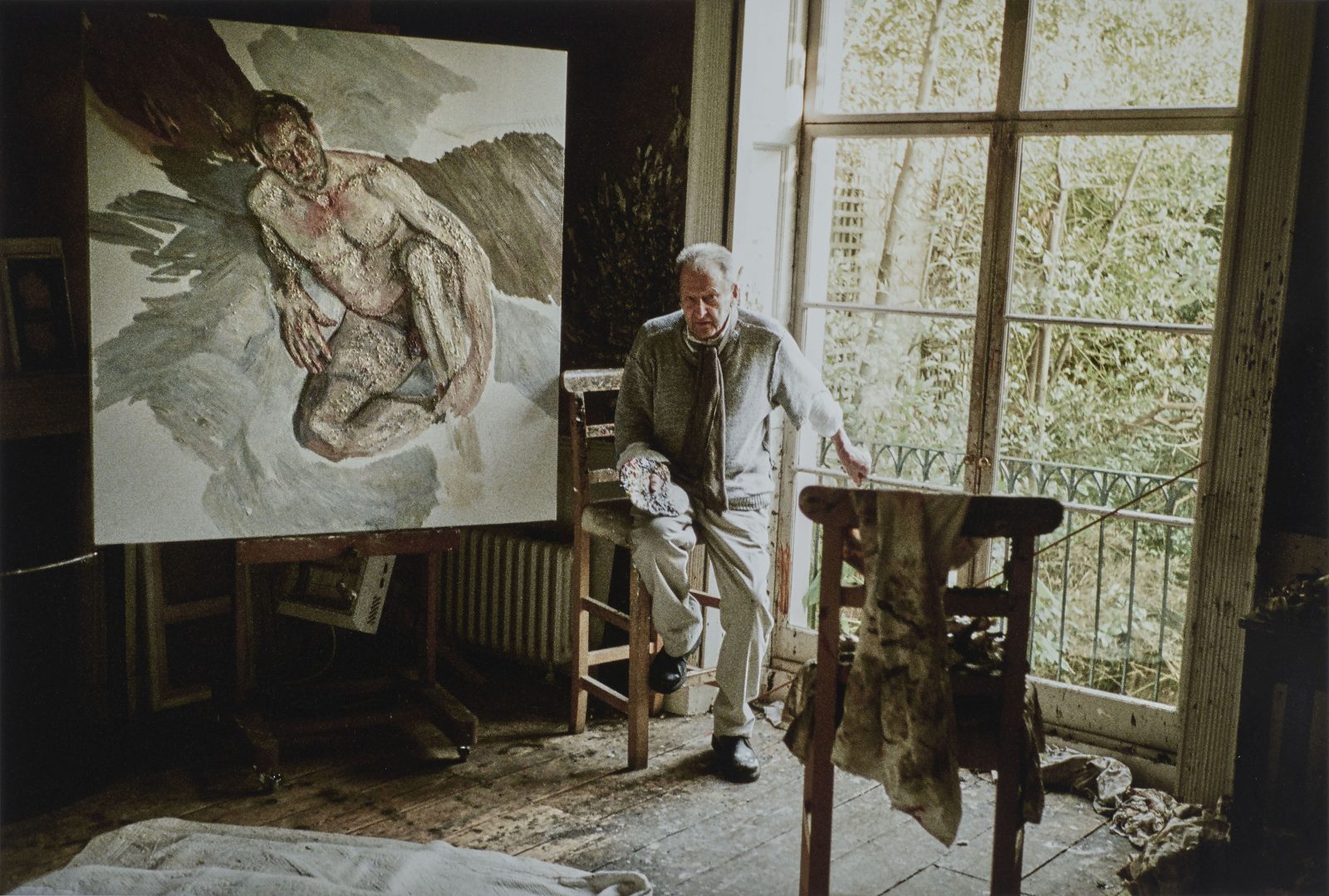