Every collector of Old Masters is familiar with the pitfalls of changing attributions and in the field of drawings this is even more an issue as they are rarely signed. However, you would not expect this to be a problem with 19th century drawings and certainly not those by an artist such as Adolph von Menzel who frequently signed or monographed his drawings, and whose style after all is very recognisable.

Nevertheless, I have a drawing in my collection where it is not at all clear if the drawing is by his hand even though it obviously shows Menzel in his studio (Fig. 1). What is painful is that I bought the drawing as by Menzel in an auction when it was accepted by the expert Marie Ursula Riemann-Reyher. I did wonder at the time because the drawing did not at all resemble anything else by the artist, but this was mitigated by a letter from Menzel on the back describing how the image illustrated him at work on this large commission in his temporary studio in Kassel, and it was also included and illustrated in the famous memorial exhibition in 1905, another certain indicator that was by his hand [1]. I very much wanted to believe this strong evidence despite my instinct because I was so keen to own a drawing by him that fits the theme of my collection. Are other collectors familiar with this phenomenon, when the desire to own something clouds your judgement?

So, if the carefully executed and tediously finished drawing is not by Menzel, could it be someone recording him in the studio?

Carl Johann Arnold, the son of Menzel’s friend Karl Heinrich Arnold and his only pupil, assisted him while he was working on the large cartoon of ‘Sophie von Brabant entering the city of Marburg with her son Heinrich.’ Young Arnold often drew Menzel while he stayed with his family but those drawings are always in pencil and stylistically quite different.

Claude Keisch has mentioned similarities to drawings by Johann Erdmann Hummel, a native of Kassel who taught perspective in Berlin, but it is highly unlikely that the 79- year-old artist would have been in Kassel exactly at this time [2]. Another fascinating idea Keisch has suggested is that the work could be a stylistic parody by Menzel of Hummel’s carefully finished interiors. Menzel is known to have done this kind of works in the context of his illustrations of the life of Frederick the Great but then it is surprising that there is no mention of his humorous intention in the attached letter.

I resolved my dilemma of owning either a drawing by Menzel or an interesting historic document by buying a drawing definitely by Menzel which further illuminates his stay in Kassel (Fig. 2). The amusing caricature was a gift to Carl Arnold’s sister and the inscription ‘who is still here’ refers to the fact that Menzel, rather than staying the planned eight weeks, remained with her family for eight months from August 1847 until March 1848. Many details refer to his much-extended stay which is supposed to lead “ad parnassum” to Apollo and the Muses. The other elements may well allude to the conversations in the Arnolds’ circle – “without spades” can symbolically stand for “without resentment” in the French card game – probably a suggestion to endure the exhausting presence of the artist, if possible, with good humour.

For me the acquisition of this drawing means that I can now put the work of ‘Menzel in his studio’ into context and tell a story which will, I hope, put my mind to rest about this acquisition.

On another occasion my yearning to own a Menzel drawing made me ‘cheat’ somewhat by buying a wonderful and typical sketchbook page in graphite showing an artist painting (Fig. 3), but when looking at the finished gouache it becomes clear that it is depicting a house painter and not an artist [3].

The most perfect example in my collection is a tiny drawing with a few touches of watercolour showing Menzel’s used brush (Fig. 4), and in that manner so unique to Menzel he transforms the ordinary into the sublime [4]. 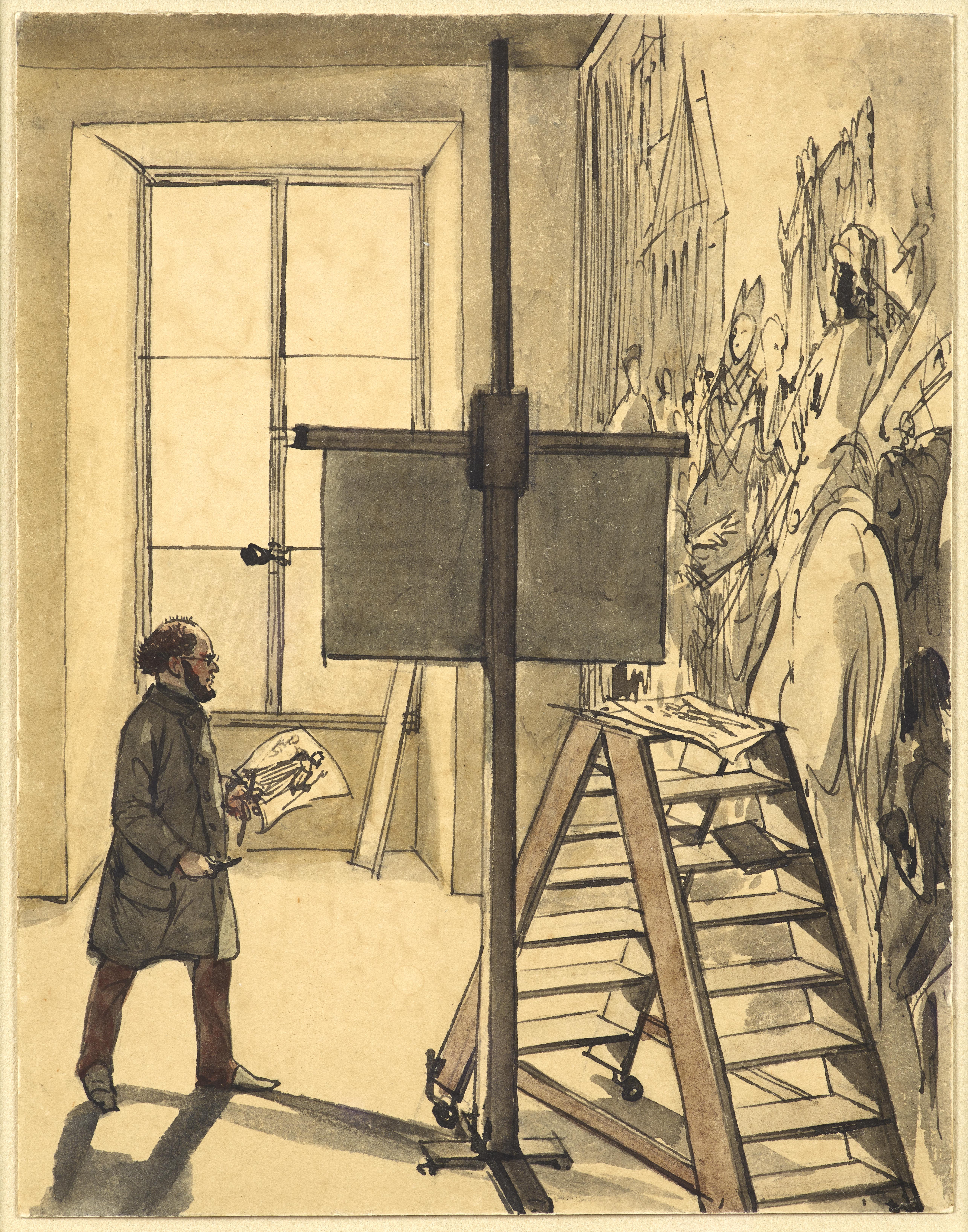 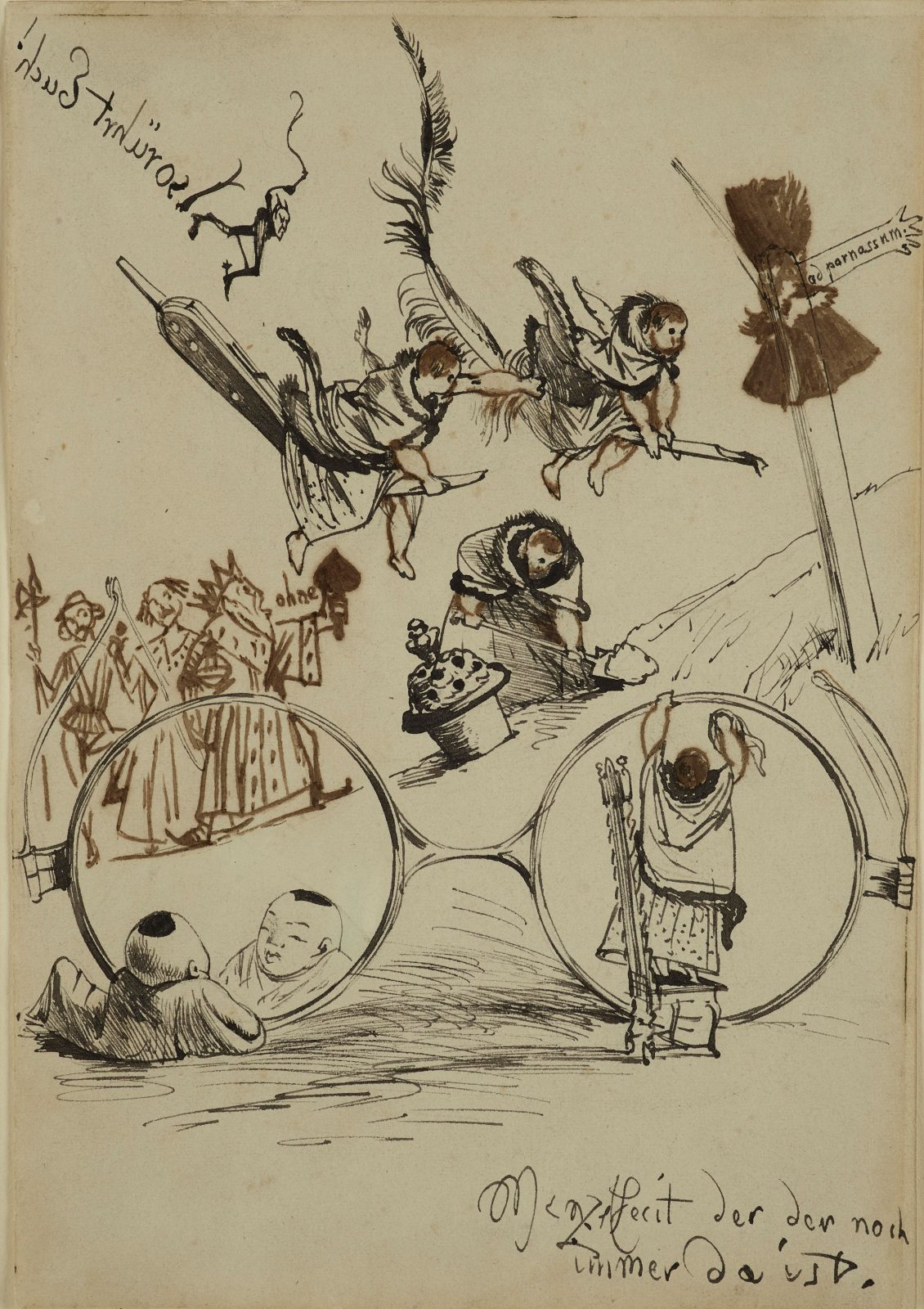 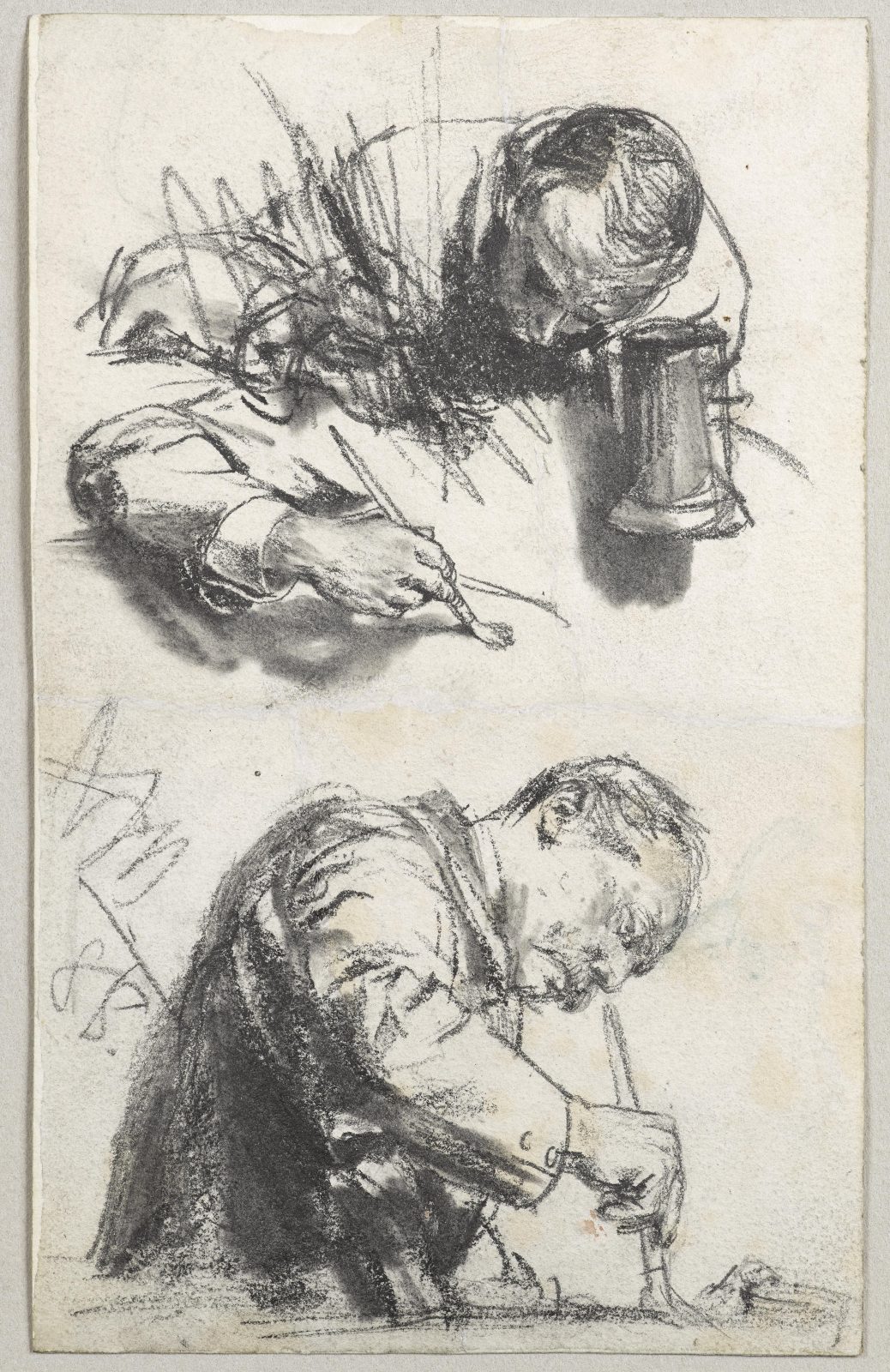 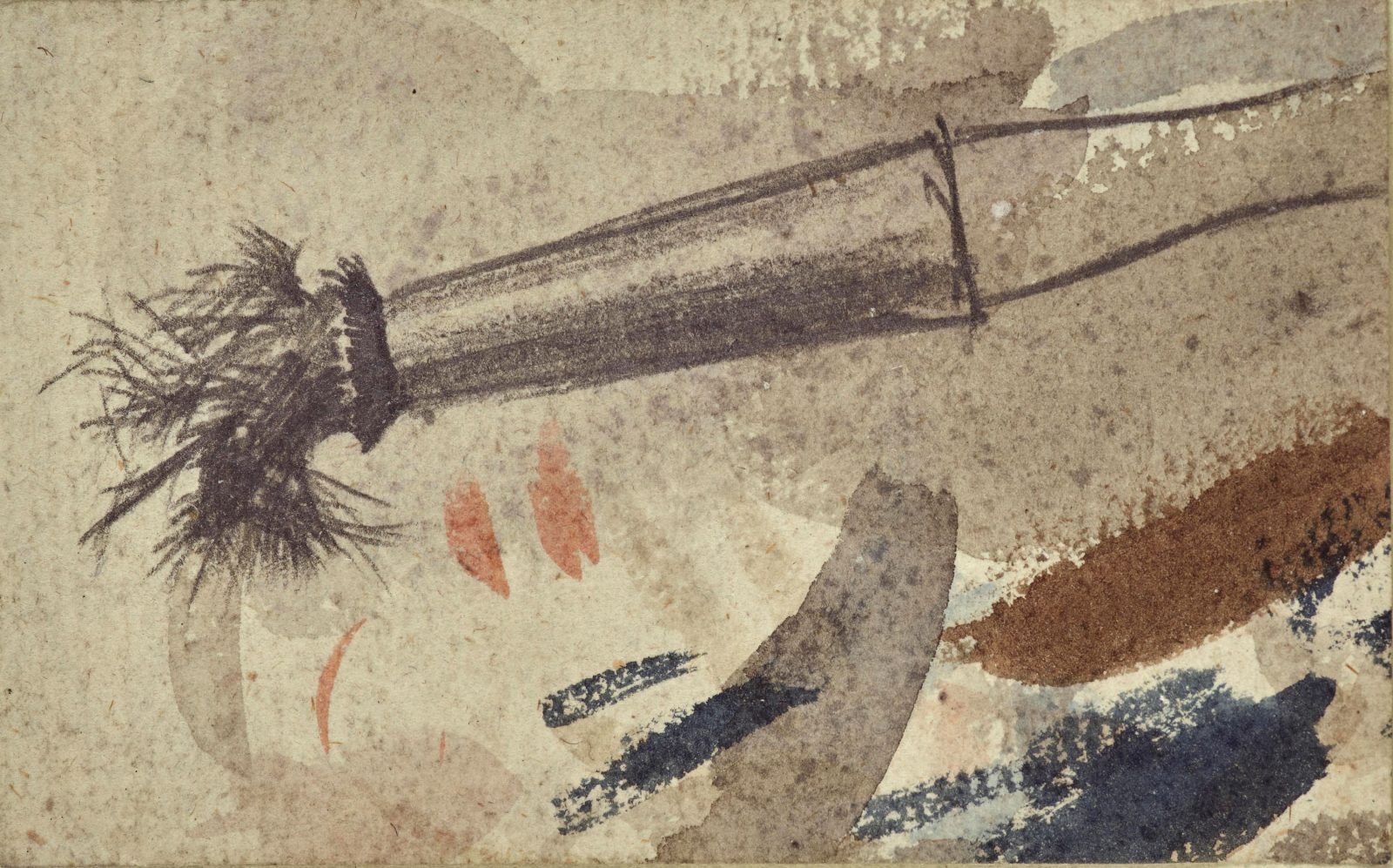