Reflections on ‘Artists at Work’

I just want to say a few words about the subject of Artists at Work.  This is the title of Katrin’s specialist collection, but we also chose it for the exhibition. Rather than selecting self-portraits or views of academies we concentrated on private studios and artists recording landscape or drawing antiquities out-of-doors.  We have juxtaposed important works by well-known artists (fig. 1) with revealing drawings from virtual unknowns (fig. 2) as a celebration of the universality and democracy of drawing media and have managed to pack in examples from across five European countries and five centuries to illustrate the significance of this theme for artists, which relates so closely to their ideas about creativity, self identity, art history and artistic practice.

In my own career, as well as lecturing in art schools and academies in many different countries, I’ve also visited as many artists’ studios as possible. I vividly remember my earliest encounters with an artist’s studio in Teheran in 1977 crowded with a collection of Qajar and folk paintings on glass; and in 1979 visiting the studio of Bengali artist Paritosh Sen (1918-2008) in a modest apartment in Calcutta that was filled with fabrics and Kalighat folk prints, as well as all the usual studio equipment of plan chests, easels, paint-stands, book shelves, musical instruments and so on.  These studios and most of the others I’ve visited have been places of enchantment. Although very localized, they’ve all shared in some hegemonic ideal – not altogether smacking of Western imperialism – of what constituted artistic practice… in the late 20th century, that is. Then about 12 years ago, when I had a studio in Umbria, I visited the British School at Rome.  I asked to see one of the historic studios and was shown into the most magnificent double volume sculptor’s atelier with huge windows and views to die for.  And lost in one corner of this amazing and totally empty white space was a small trestle table with a pair of dirty trainers, a laptop and a mobile phone. Art practice in the 21st century has changed very radically with the move to conceptual art, lens- and digital imagery-based practice and social media communication networks. Artists now carry their ideas, however expansive, locked in their portable computers and USB sticks so that the studio is not really necessary any longer for sustained artistic development except as a physical dumping ground. Perhaps representations of artist’s studios constitute a finite genre… something that, of course, I much regret.

Finally, I want to thank my collaborators in this exercise. No one curates an exhibition alone; it is an intensely collegiate and complex activity, involving selection, discussions, the writing of texts, shaping of the catalogue; framing decisions, conservation issues, installation and lighting, PR – a million different things. So Curator of Drawings Ketty Gottardo and Assistant Curator of Works on Paper Rachel Sloan from the Courtauld and Anita Sganzerla, Curator of Katrin Bellinger’s collection, have born the major burdens of this show, including writing the labels, and I am very grateful to them for their attention and hard work.  And I would also like to thank all the other people from different departments in the Courtauld who have been so very helpful.

‘Artists at Work’ will be on view in the Gilbert and Idliko Butler Drawings Gallery, The Courtauld Gallery, London until 15 July 2018. 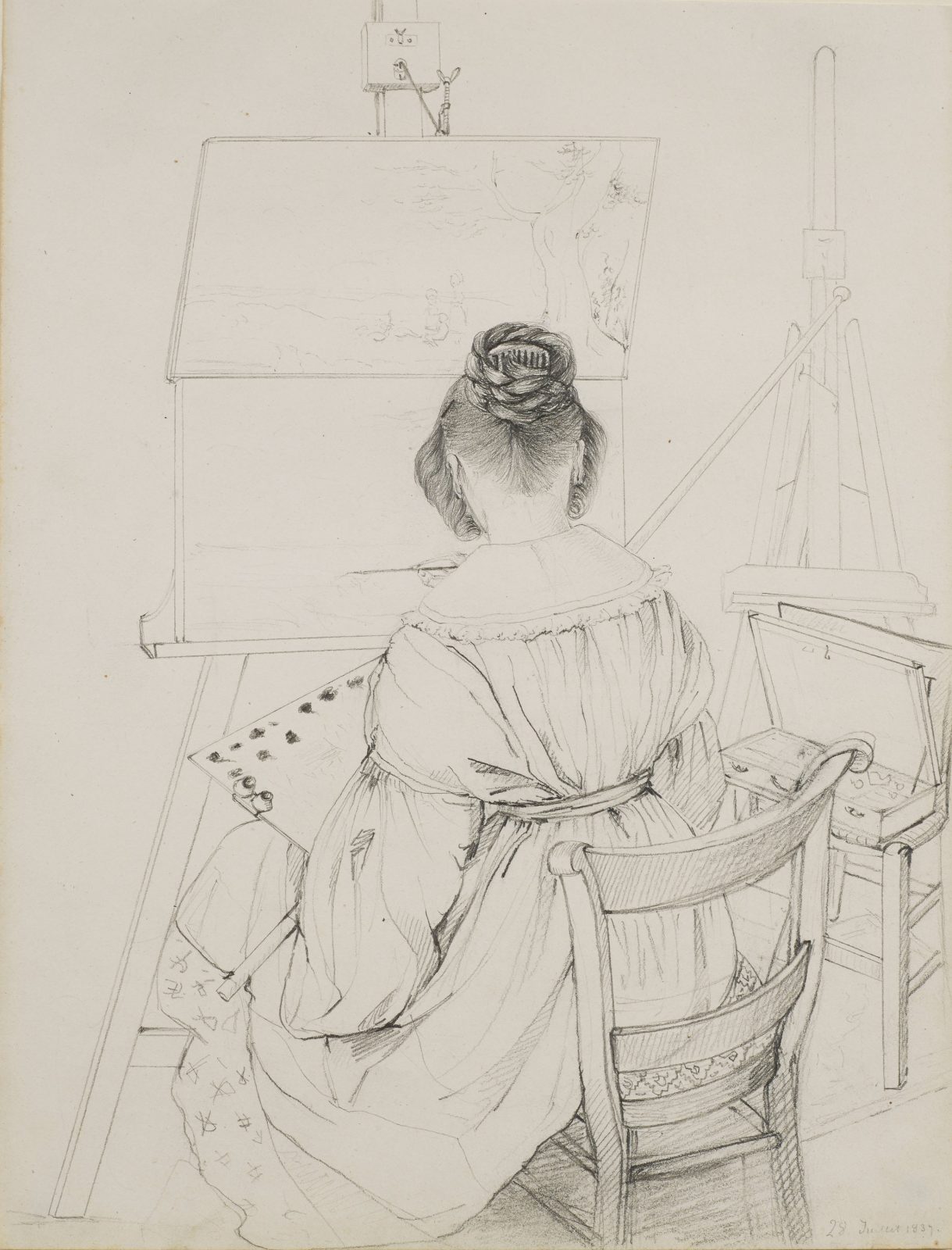