What is a self-portrait anyway?

Recently at the Drawing Room in London, the elegant exhibition – CLOSE: Drawn Portraits– brought together examples of artists’ portraits and self-portraits from over two hundred years of artistic production. Encompassing a period from Jean-Auguste-Dominique Ingres to Claudette Johnson, the exhibition revealed the historical and stylistic differences across this time, but perhaps more surprisingly, it emphasised much more the artworks’ shared characteristics and the artists’ shared endeavours. Above all, what connected the artworks in this exhibition was twofold: on the one hand, their subject matter – all of them portrayals of people; and on the other, their media – the use of graphic arts to encapsulate, interrogate, or express their human subjects.

While undertaking the enjoyable task of writing the exhibition catalogue essay for this show, I had the pleasure of thinking through two centuries of artistic engagement with portraiture and self-portraiture. [1] And thanks to the curators’ varied selection of works, rather than pursuing that habitual art-historical tendency to seek out shifts and differences, I was instead drawn to consider all their consistencies and continuities.

In an exhibition bringing together portraits and self-portraits, one of the questions we are invited to consider is the relationship between these two kinds of artworks. At first glance, this might seem like a question with a really obvious answer! Clearly, a portrait is a representation of another person and a self-portrait is a representation of the self. But in both theory and practice, it is much more complicated than it first appears. Are portraits and self-portraits similar enough to be essentially the same genre? Is self-portraiture just different enough to make it a sub-genre of portraiture? Or are the two so different as artistic acts that they actually amount to separate genres in their own rights?

It’s a little-known fact that the very concept of self-portraiture, at least linguistically, is actually relatively recent. In English, the word “self-portrait” only emerged around the 1810s, probably coming from the German “Selbstbildnis” in use just a little earlier. Meanwhile, in French, the word “autoportrait” did not gain currency until as late as the 1920s. [2] Obviously self-portraits themselves were being produced for centuries earlier than this. But until there was a specific word to describe them, they were simply called “portraits”. Evidently a word isn’t necessary for something to exist, but the lack of a distinctive term does suggest a certain blurriness around the edges of these artistic categories.

As viewers, when we encounter portraits and self-portraits, they can sometimes seem ambiguously similar. But for the artists making them, they entail completely different artistic experiences. For instance, when looking at Louis-Léopold Boilly’s Portrait of a Young Woman Drawing Herself (Fig. 1) and Deanna Petherbridge’s Self-Portrait (hole in the head)(Fig. 2), both works present the viewer with images of artists engaged in the act of drawing themselves. And yet, the two works are products of entirely different creative processes. As a portrait, Boilly’s Young Woman Drawing Herself is the product of a fundamentally social interaction, a moment of exchange between artist and sitter, characterised by the emotional nuances inherent in any human encounter. Meanwhile, as a self-portrait, Petherbridge’s drawing is the product of a much more solitary act, a moment of psychological introspection and phenomenological exploration.

Looking at portraits and self-portraits together in a trans-temporal context – unhindered by the boundaries of centuries or styles – draws out the complex and blurry nature of these representations. But it is also the graphic media that encourages such inquiry. For perhaps more than any other medium, drawing offers the artist a space for experimentation and expression, while offering the viewer a material encounter with those processes of creation. 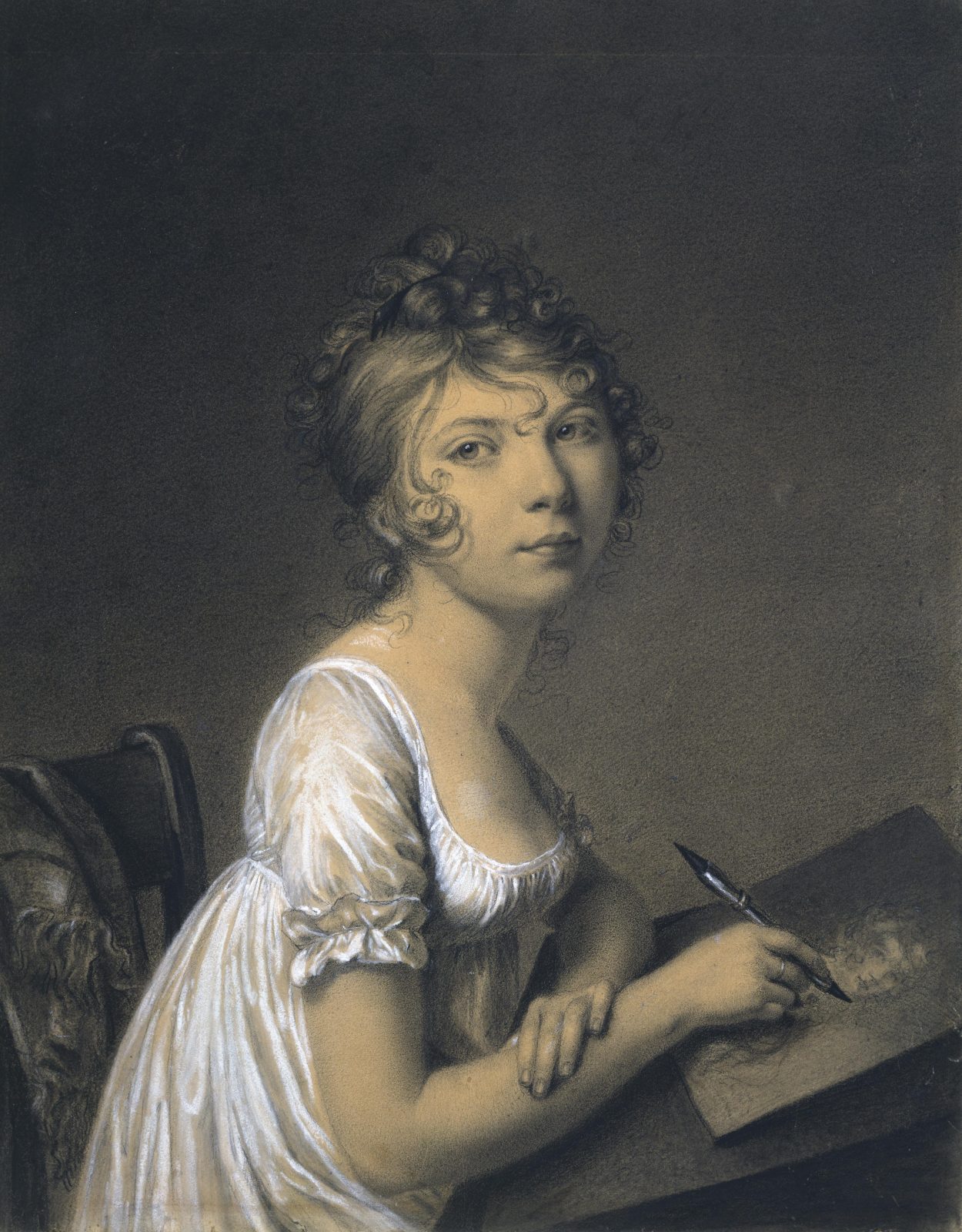 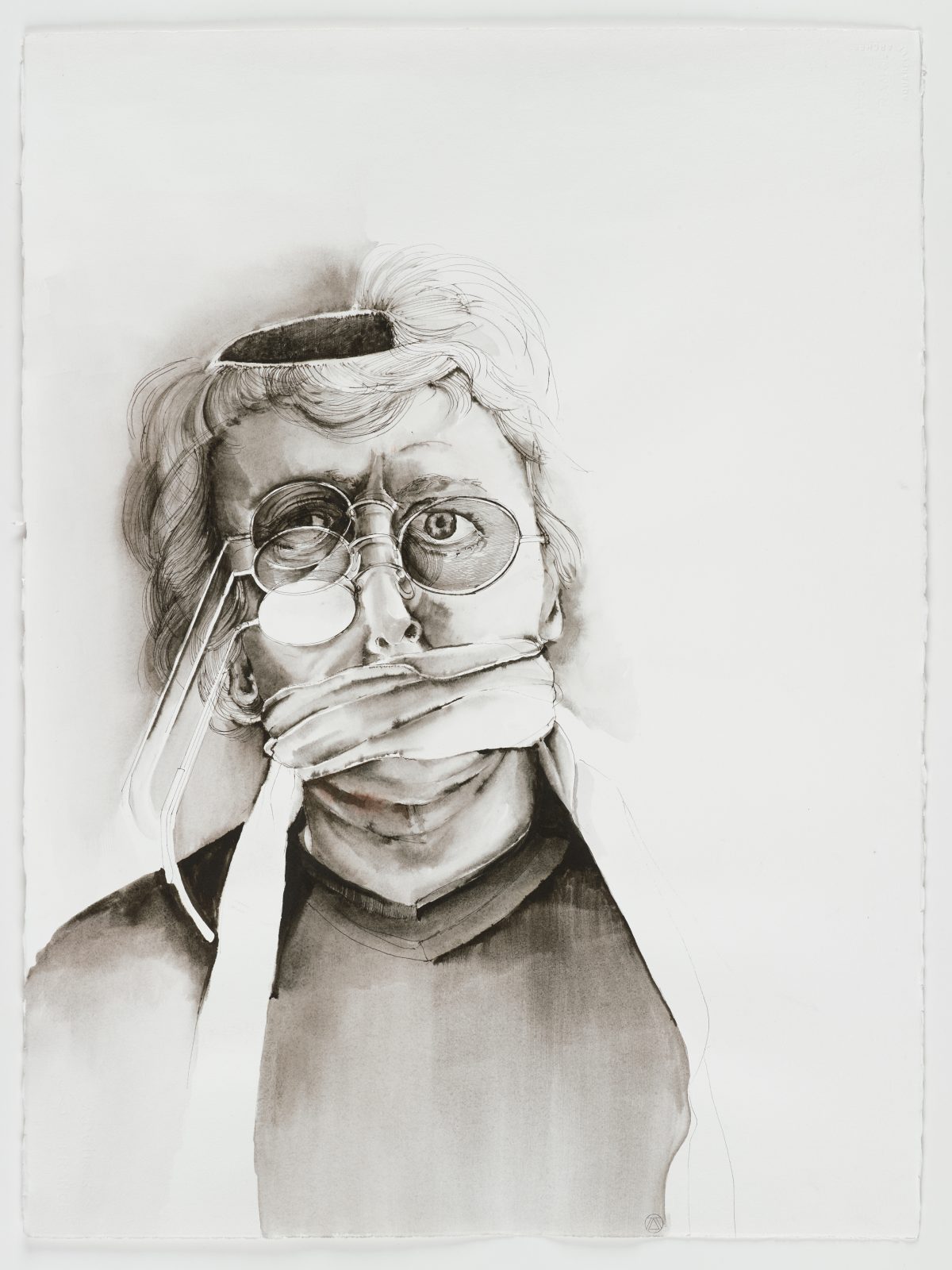