A visit with Hinrich Sieveking to his exhibition at the Fondation Custodia, Paris

One of the great pleasures of collecting is the exchange with others who share the affliction.

There is nothing more exciting than to show one’s treasures to someone interested and knowledgeable, or in turn to look at what a fellow collector has assembled and to hear their stories.

I had that pleasure when I was last in Paris with my friend Hinrich Sieveking who showed me around the exhibition of his collection currently on view at the Fondation Custodia (fig. 1). Hinrich is an old friend who was instrumental in getting me started as a dealer and collector in Munich in the 1980’s. I fondly recall many visits to look at his drawings which he kept in boxes away from the light. I therefore believed I knew his collection well but was amazed to see so much more than I’d remembered. Their impact is also altogether different when you see 120 drawings carefully chosen and displayed on the walls. I was very impressed with what Hinrich has put together over several decades with tremendous knowledge and passion.

The focus of the exhibition is on German drawings starting with some splendid examples by Mannerist artists from around 1600 including a work by Friedrich Sustris which Hinrich discovered in a house sale where it was catalogued as an “Art Nouveau Design for a Fountain.” When he took me around he related several other riveting stories of discoveries he made where his knowledge of an artist’s work snatched it from oblivion.

The Baroque and Rococo sections display glorious works, particularly by Southern German artists leading to the heart of the collection which is the Golden Age of German Romanticism between 1770 and 1830.

Throughout the collection there are a few wonderful portrait drawings – a subject that has always attracted Hinrich. One of them depicts the artist Caspar Füssli – father of the more famous Johann Heinrich Füssli – drawn by Johann Rudolf Schellenberg (fig. 2). A small oval miniature is shown as a picture within a picture surrounded by the artist’s tools, as well as a small satyr flipping through a sketch book which might be an allusion to Füssli’s large art collection.

In the 19th century section there is a watercolour of my favourite subject by Erwin Speckter depicting his and Bernhard Neher’s studio in Rome (fig. 3). The two artists shared Neher’s studio in the winter because it provided a stove. They are wearing coats to keep warm and Neher has also kept his top hat on while they both are working on the paintings on their easels. The drawing is a testament to their close friendship. In their Roman circle they were teasingly called ‘Castor and Pollux’ after the inseparable brothers of Greek mythology.

I spotted quite a few drawings in the exhibition which are old friends I sold to Hinrich over the years. Hinrich in turn found a few things for me, amongst them a touching drawing by Johann Christoph Erhard depicting his artist friend the dwarf Johann Georg Hoffmann (fig. 4). The inscription on the drawing records that this is the first time he has drawn from nature, an event he later commemorated in a print.

The exhibition is well worth a trip because, even without Hinrich himself, you will get a very strong sense of his presence, his extraordinary eye and personal taste as well as a rare insight into the development of drawing in Germany.

La quête de la ligne, trois siècles de dessin en Allemagne is on view at the Fondation Custodia in Paris until 7 May 2017. 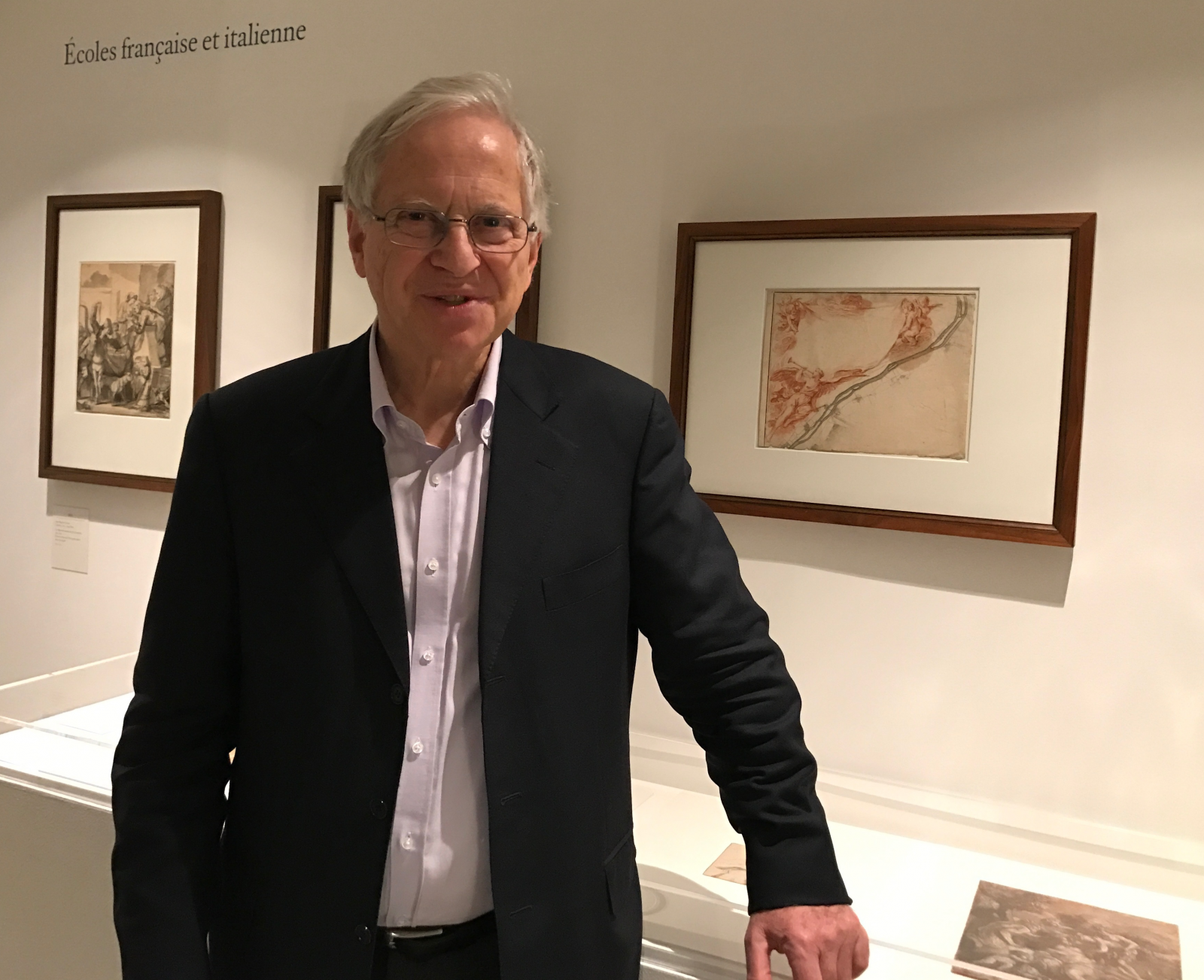 Fig. 1 Hinrich Sieveking in the last section of his exhibition covering the French and Italian drawings in his collection. 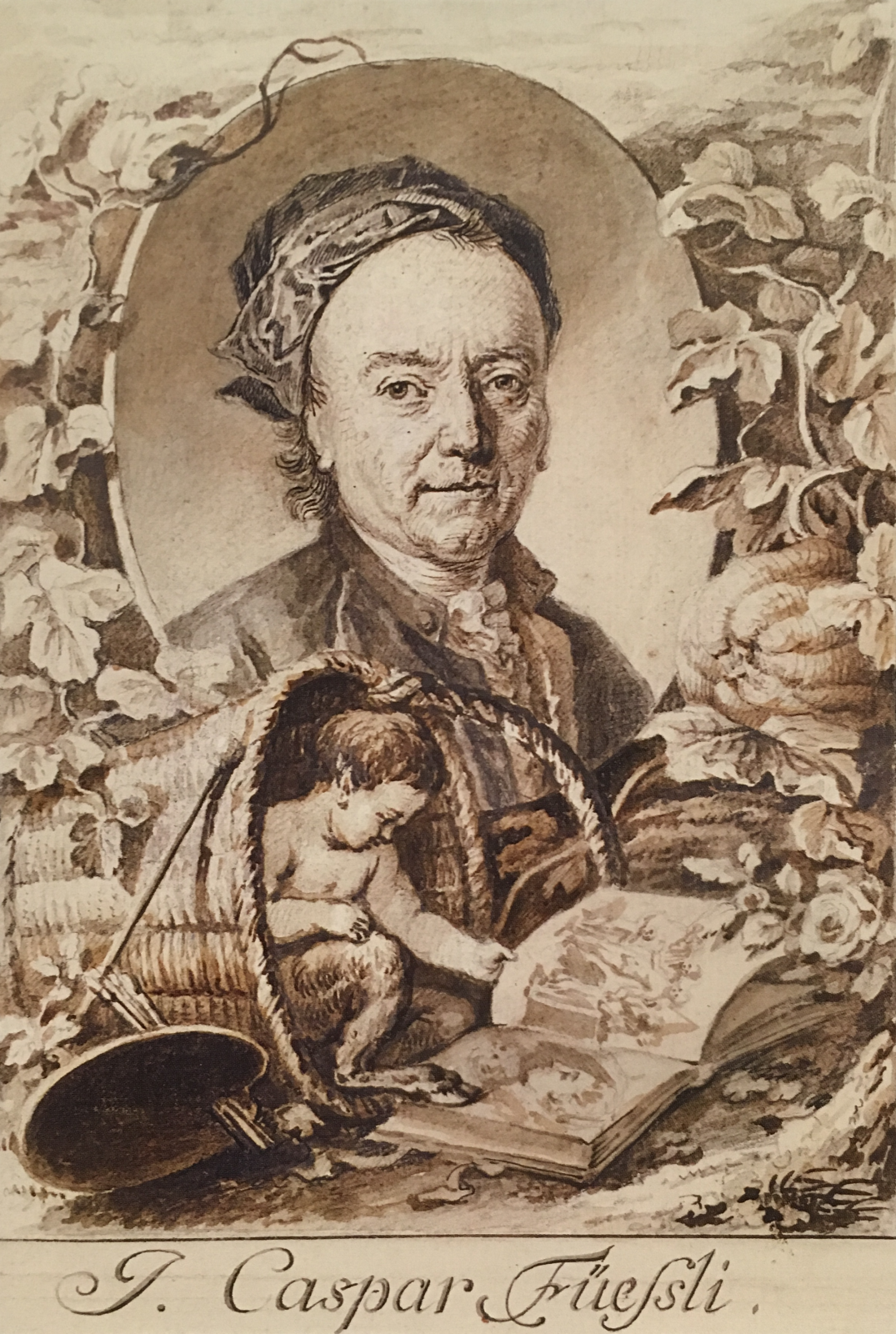 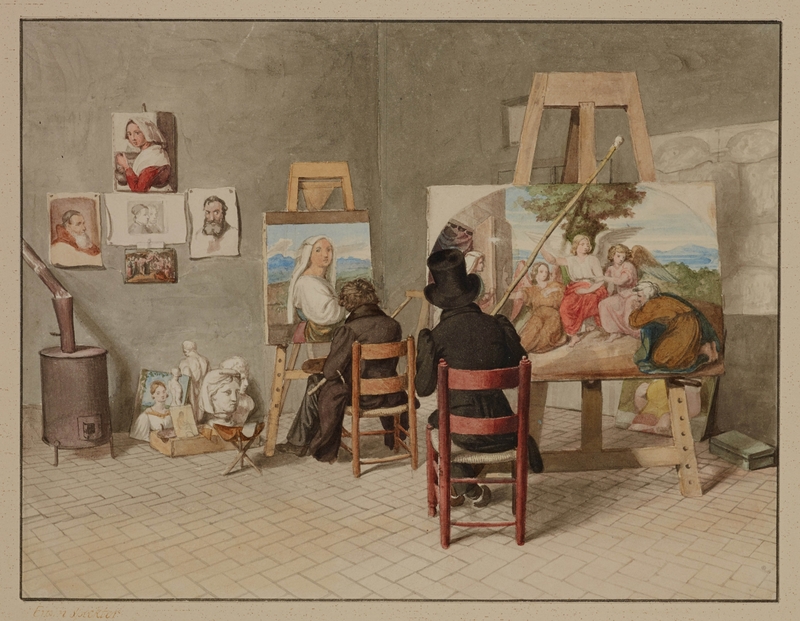 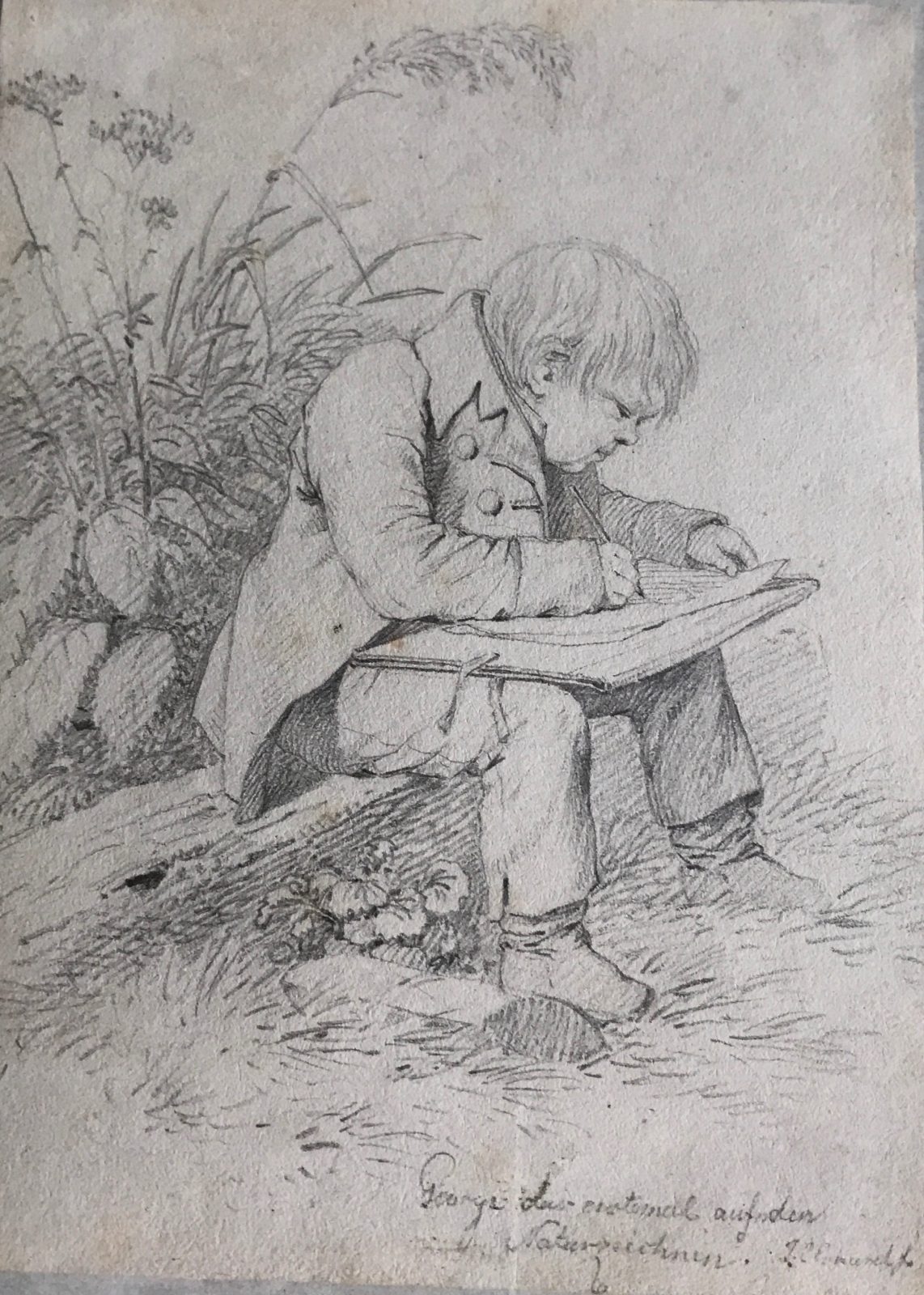