Reflections on Young Rembrandt in Oxford

The fascination with artistic genius is one many of us share. When admiring a work of art, we may find ourselves contemplating the origins of its maker’s talent. We may wonder where and from whom they learnt their craft, if they were precocious, self-taught, solitary, eccentric. Taking its lead from such lines of enquiry, the exhibition Young Rembrandt, which closed last month at the Ashmolean Museum in Oxford, transported audiences to the origins, early struggles and successes of the Dutch master’s career and oeuvre.

More specifically, Young Rembrandt, curated by Professor Christopher Brown CBE, An Van Camp and Dr Christiaan Vogelaar, considered the first ten years of Rembrandt’s career, 1624-1634, from his early beginnings in his native Leiden to the year he sat up his own workshop in Amsterdam.

After its first leg at the Museum De Lakenhal, Leiden, the show opened in Oxford and managed to have a successful run, in spite of the disruptions caused by the pandemic. The Ashmolean Museum’s curator, An Van Camp, devised an inspired hang with a combined chronological and thematic approach, juxtaposing works in different media in order to cast new light on Rembrandt’s daring technical experimentations.

To me, the opportunity offered by the exhibition and accompanying catalogue was two-fold. On the one hand, a strikingly diverse array of early works by Rembrandt were brought together and compared.  On the other, the first decade of his artistic output was contextualized through a selection of paintings and graphic works by closely connected artists, notably his friend and colleague, Jan Lievens (1607–1674), and one of his earliest pupils, Gerrit Dou (1613-1675). In what follows I will consider these two lines of enquiry with specific focus on Rembrandt’s early self-portraits.

Young Rembrandt in the picture

Upon entering the exhibition space, visitors were greeted by the man himself. A feature wall presented a bold hang with three self-portraits made in c. 1628-29: a drawing, a painting and an etching. This opening group eloquently introduced and framed the whole display. The three self-portraits are among Rembrandt’s most iconic works but seeing them together and up close still felt like a revelation.

The Self-portrait with mouth open (Fig. 1), his earliest drawn self-portrait, is a study of expression and chiaroscuro. It is spontaneous and painterly and much smaller than the Self-portrait bare-headed, a rare etching of which only two impressions are known (Fig. 2). In no other print has Rembrandt attempted such experimentation: alternating the etching needle with a quill or reed pen, thus obtaining split lines, undoubtedly harder to ink. Although this technique added further unpredictability to an already error-prone medium, we can see what Rembrandt was trying to achieve. He wanted to make prints that looked like drawings. Indeed, some of his freer etchings emulate the spontaneity of a sketchbook page (Fig. 3).

At the centre of the wall stood another masterpiece: the small arresting panel from Munich (Fig. 4). Although he cast his forehead and brows in almost complete shadow, Rembrandt’s piercing eyes are staring directly at us.  The thick impasto of his white collar is worth lingering on as an anticipation of his rough handling of oil paints.

As well as highlighting Rembrandt’s commitment to technical experimentation, the three opening self-portraits also brought into focus his fascination with human nature and with the human face. If he did begin by portraying his own face for practical reasons, he certainly appreciated from early on the ‘marketability’ of his likeness, whether ‘natural’ or disguised. Rembrandt’s fondness for dress up and camouflage went hand in hand with his continuous investigation of the essence of his own humanity, so that many of his prints from this period blur the boundary between character study and portraiture.

In Beggar seated on a bank, 1630, we recognise Rembrandt’s features and are reminded of his minute studies of expressions (Fig. 5). The contrast with Self-portrait in a soft hat and patterned cloak, made just a year later, could not be stronger (Fig. 6). In this, his first official self-portrait, the artist assumes the guise of a gentleman. He even gives himself a lovelock, a long tress of hair draped over his left shoulder, fashionable among Continental aristocrats.

Begun in Leiden and completed in Amsterdam, the Self-portrait in a soft hat and patterned cloak went through 15 states. Of these, only the last two are signed ‘Rembrandt’, indicating that he had by that point settled in Amsterdam and intended to be known by his first name only, following the tradition of Renaissance masters such as Michelangelo and Raphael.

Considering the associations of his signature, manipulating his appearance, and modelling himself after such successful cosmopolitan artists as Peter Paul Rubens, were all manifestations of the young Rembrandt’s innate drive for success.

Equally determined was his close friend Jan Lievens. Less familiar to a UK public, Lievens received well deserved attention in the Oxford show, which featured, for instance, his dramatically lit Magus at a Table of c. 1631, from Upton House. [1] Famously, Rembrandt and Lievens made a strong impression on Constantijn Huygens (1596–1687), secretary to the prince of Orange, who visited them in Leiden in October 1628. In his diary, Huygens wrote at length about the ‘pair of young and noble painters from Leiden,’ praising their ‘astonishing beginnings’ while also predicting Rembrandt’s overall superiority. [2] Although their paths would soon part, the Young Rembrandt exhibition and catalogue make a valuable contribution to our understanding of Rembrandt and Lievens’ seminal creative liaison.

Both young men studied with the same masters (Jacob van Swanenburg in Leiden and Peter Lastman in Amsterdam), although at different times, with Lievens always slightly ahead of Rembrandt. They probably shared a studio in Leiden, employed the same models, and would have studied each other’s likenesses. [3] Although no effigy of Lievens by Rembrandt survives, the young artist at work examining a panel on an easel, in the captivating pen and ink drawing at the Getty (Fig.7), if not Rembrandt, may be a young Lievens. 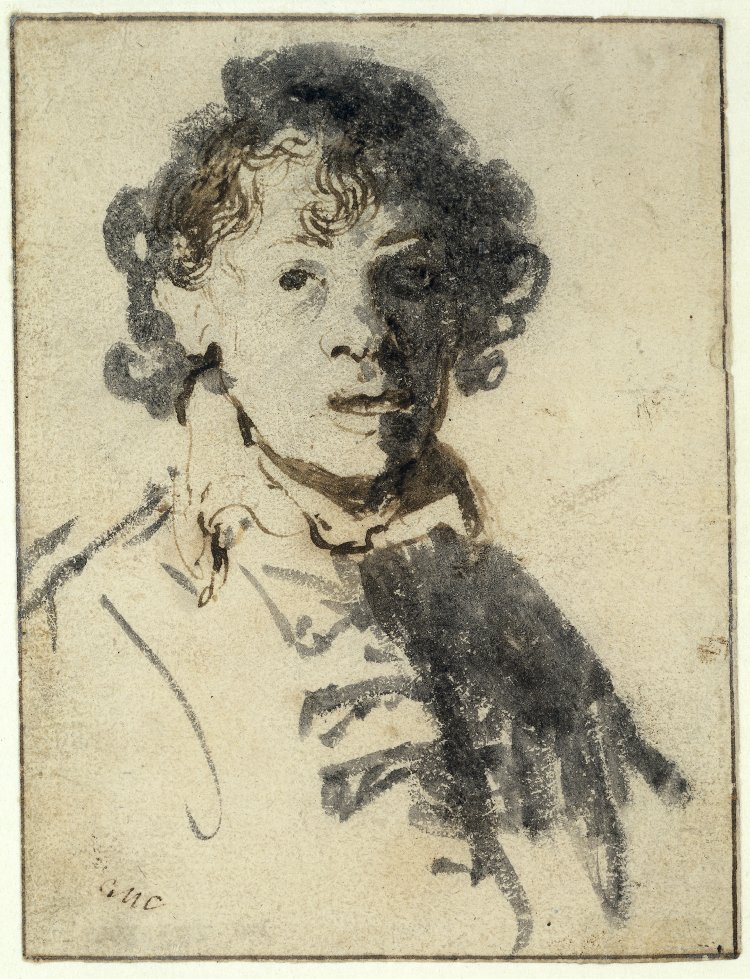 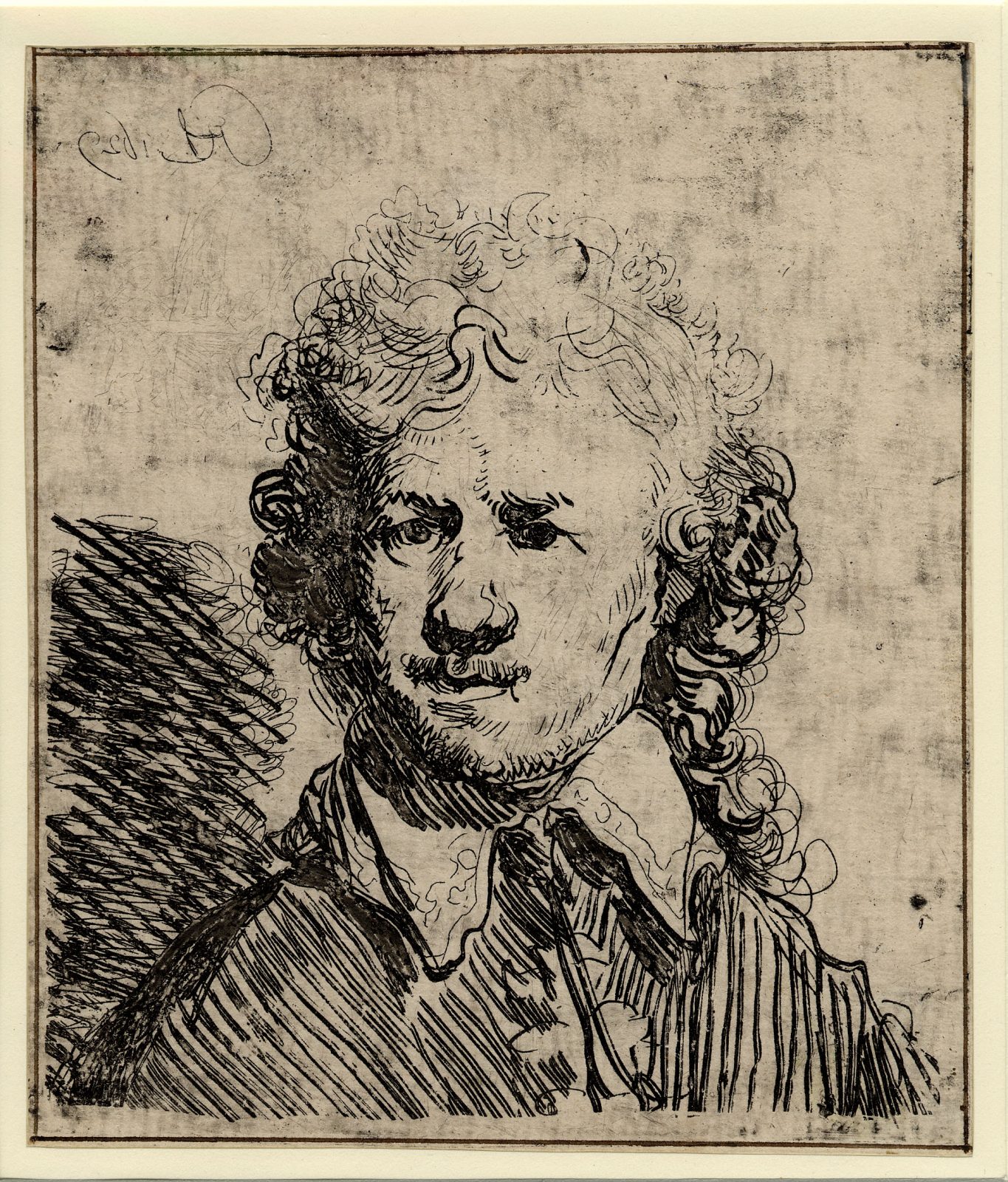 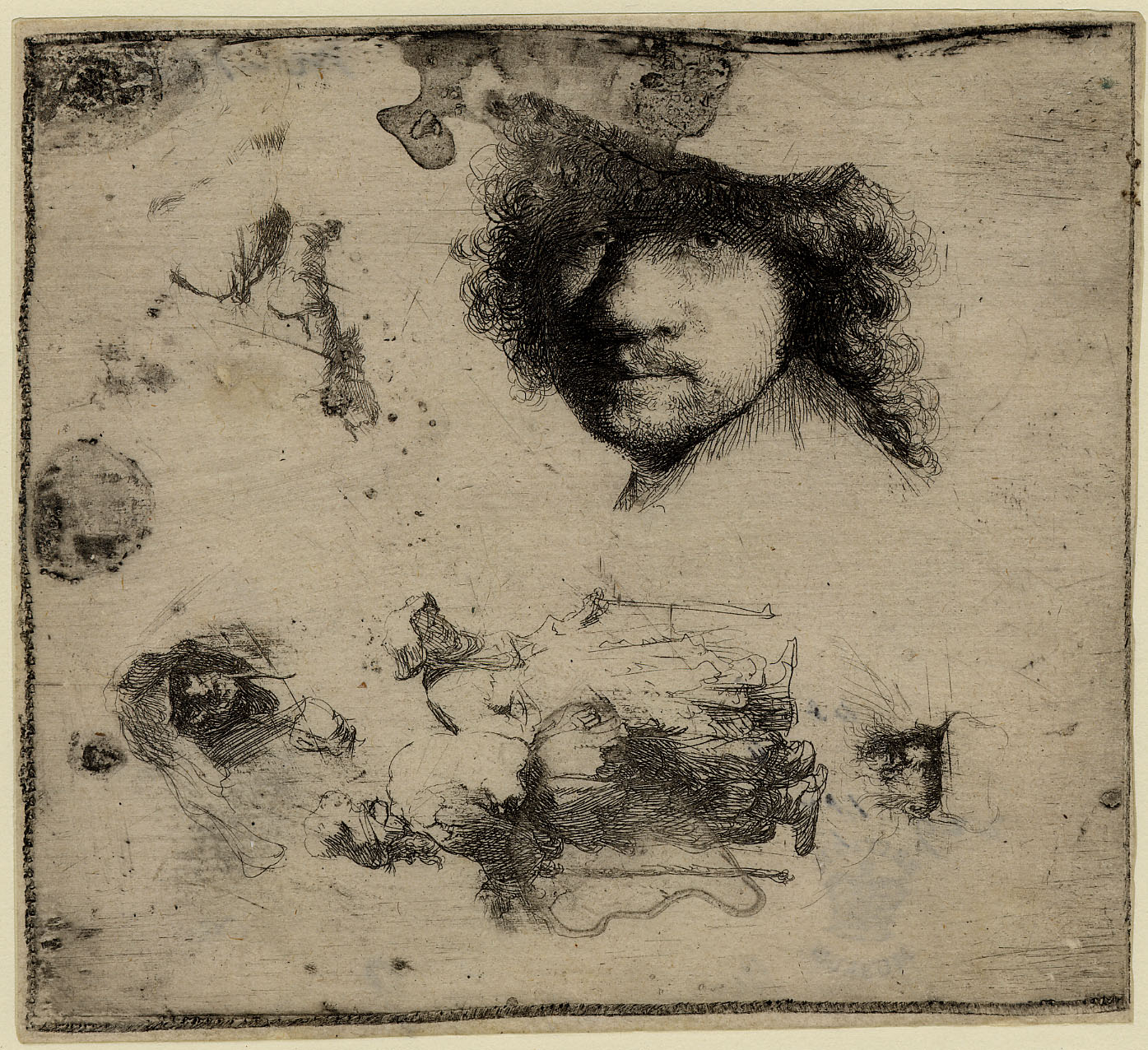 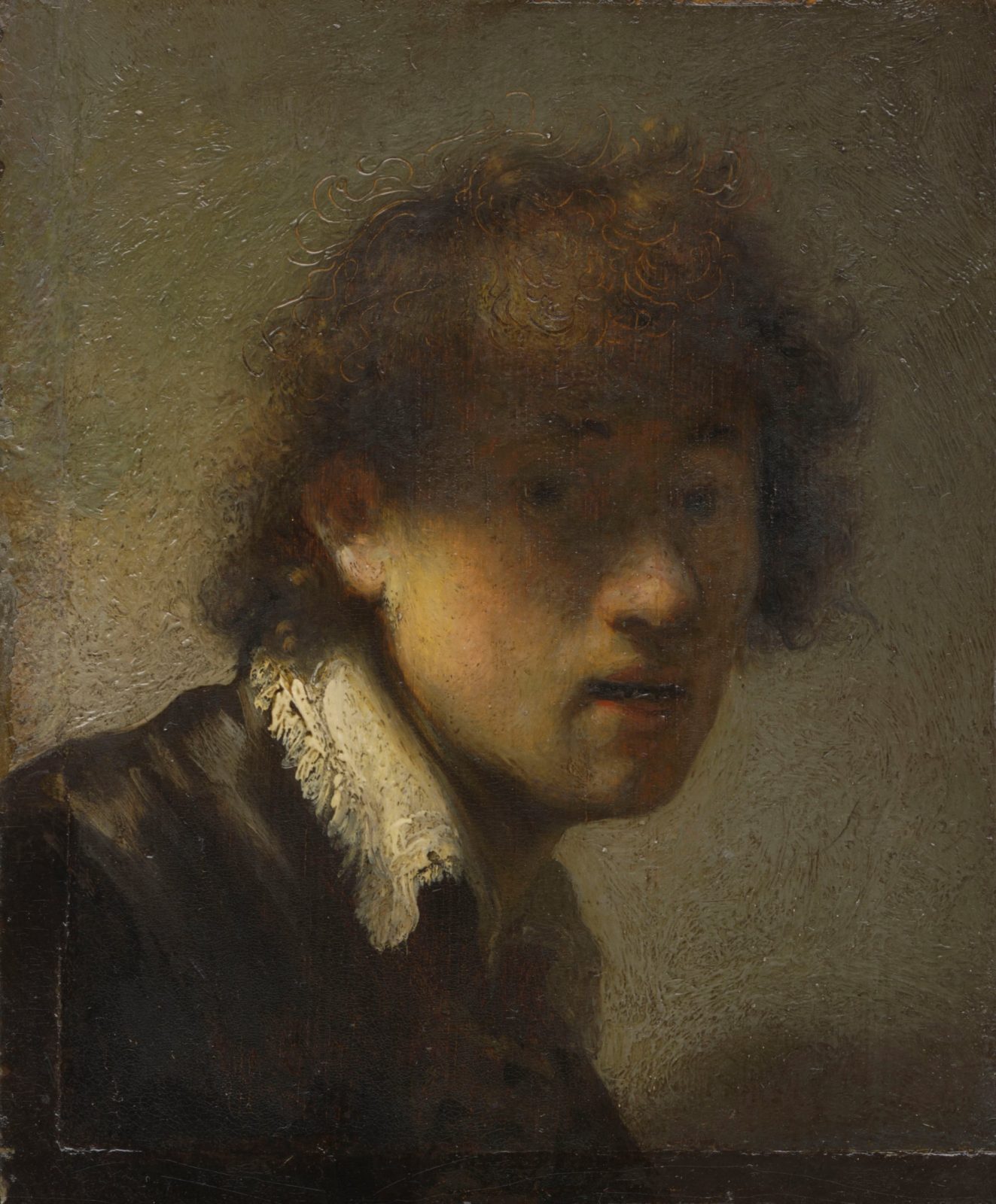 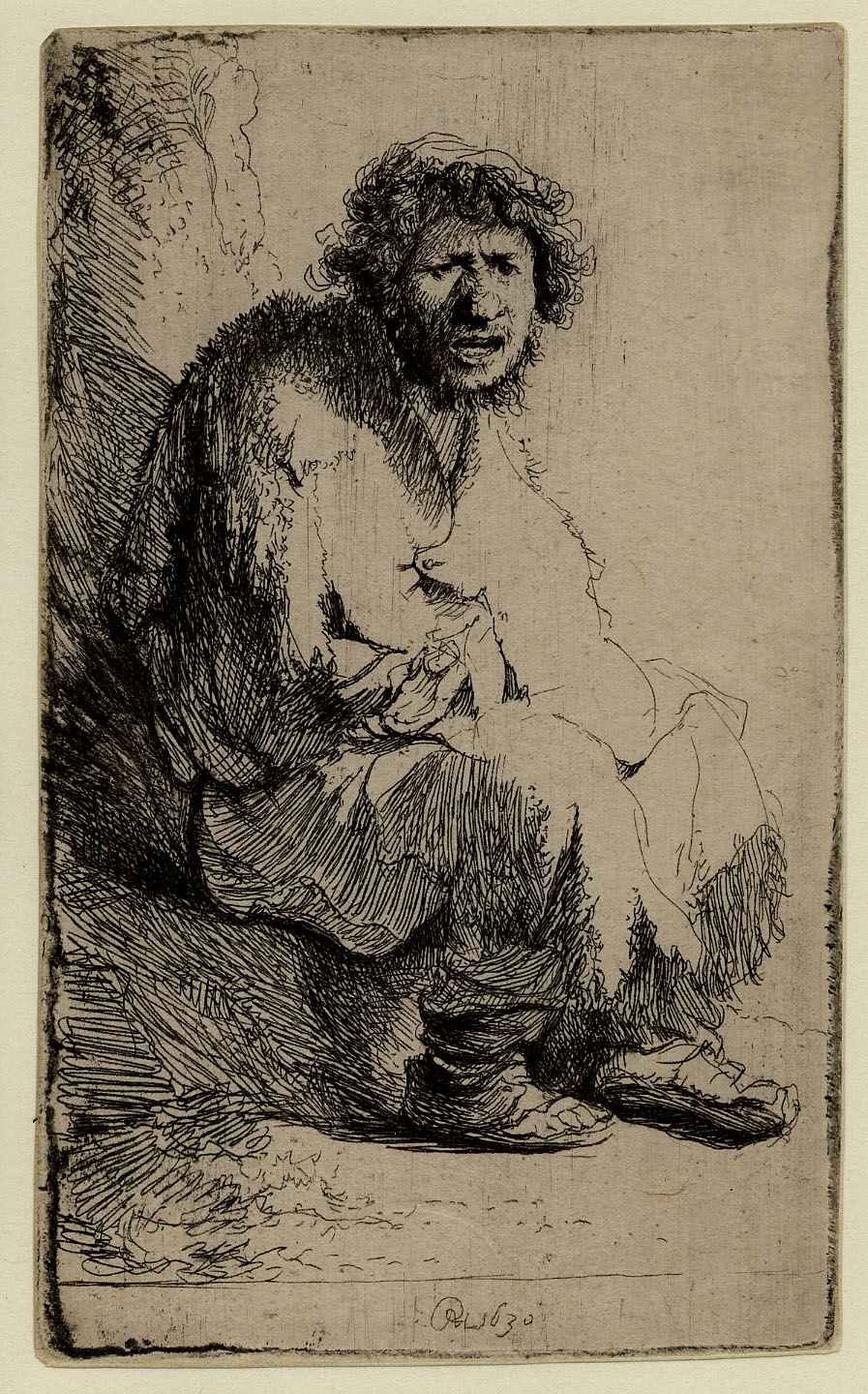 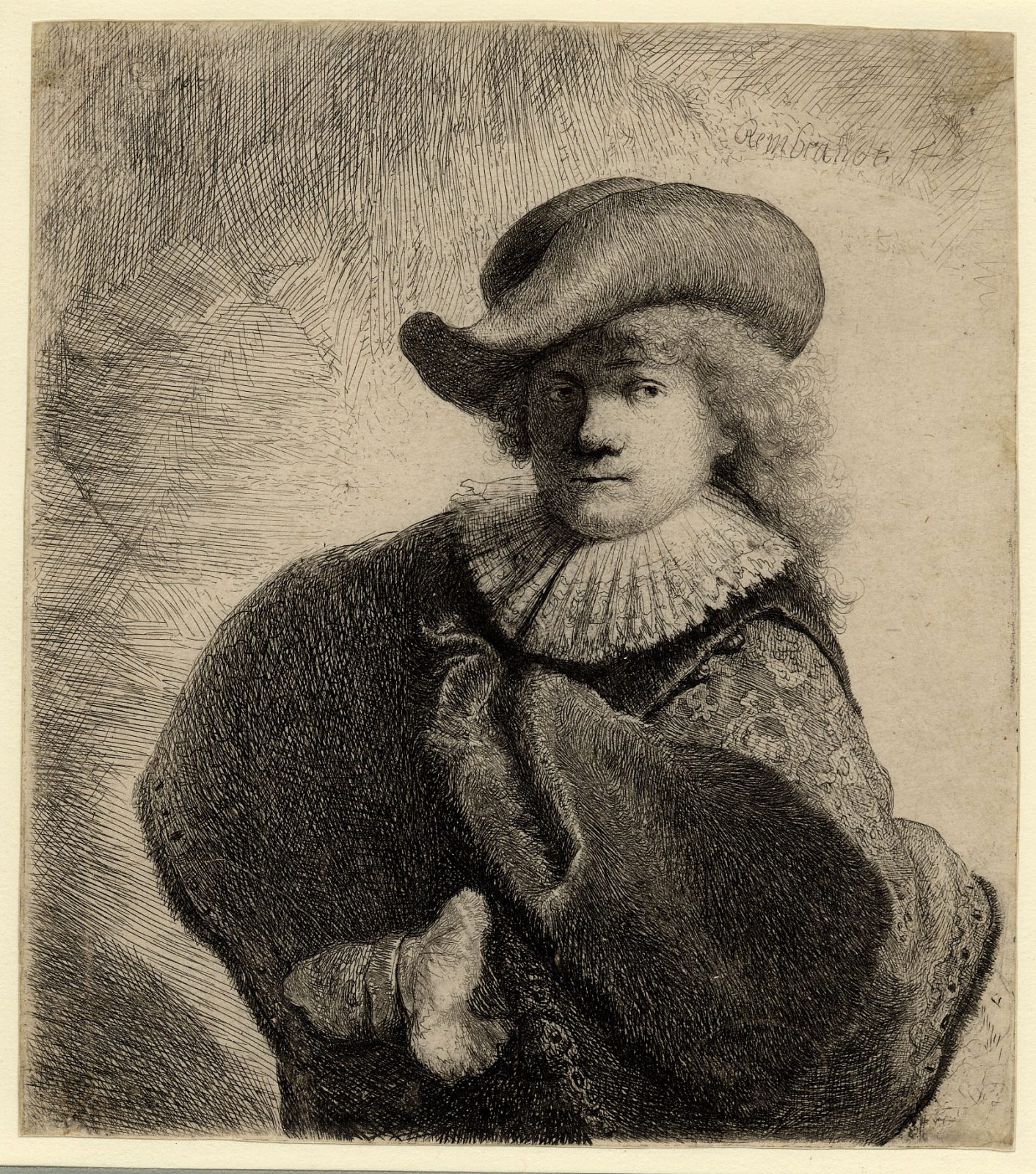 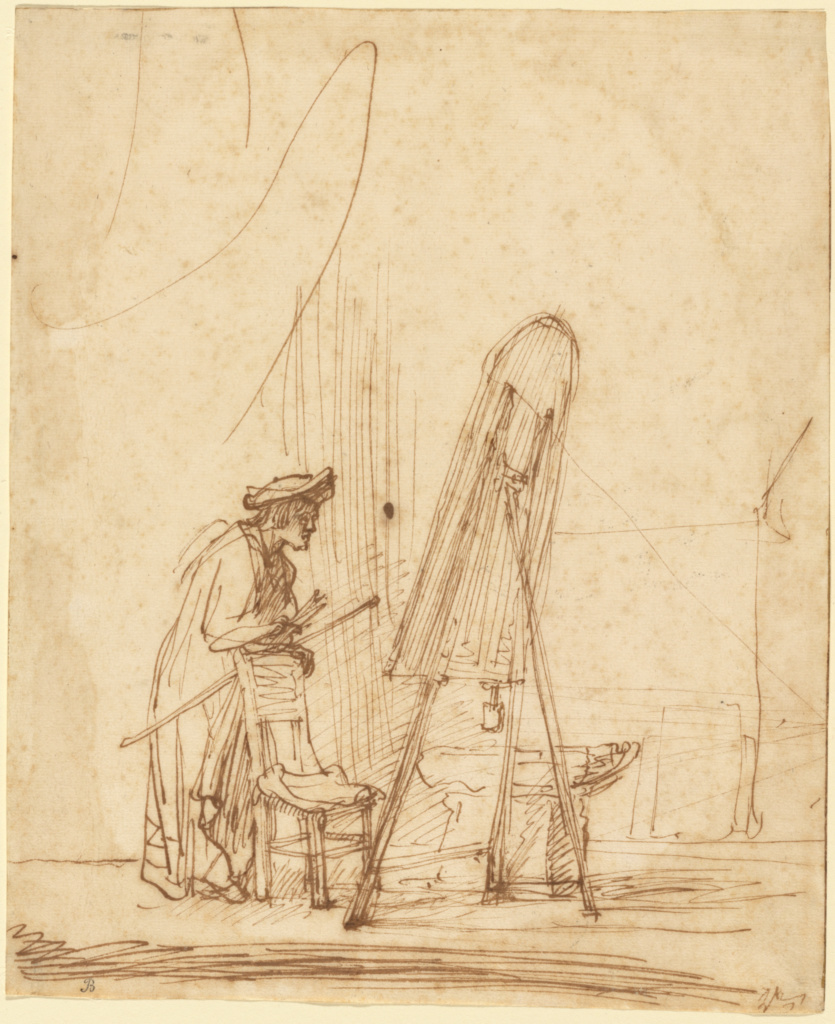